I want to take the opportunity to note the passing of two fine people. First, Bob Sullivan, who died about two weeks ago after a 14 month struggle with leukemia. I knew Bob for at least 25 years and he was the kind of lawyer I aspire to be. He was a smart and zealous advocate for his clients while at the same time, a true gentleman. Always fun to talk to. At his memorial service last Saturday, his brother in law described him as a ‘great guy’, the exact phrase that was running through my head right before he said it. I am going to miss Bob.

On Sunday night, I learned that Paul Kirby had died at the far too young age of 48. I knew Paul from his first real band “Walk The West” which should have been huge as well as his second band “The Cactus Brothers,” who I had the privilege of representing. To my mind, the Cactus Brothers were both timeless and a decade ahead of their time-kind of a cosmic country band with great songs that made people dance. I have no doubt that today’s Americana world would have totally embraced the Cactus Brothers. I didn’t know Paul really well but I respected him as a songwriter and many of his songs have been running through my head for years and especially over the last few days.

In my less cynical moments I realize that both these guys made Nashville a special place to live and work.
Posted by Trip Aldredge at 1:26 PM No comments:

Revenge of the Bratz 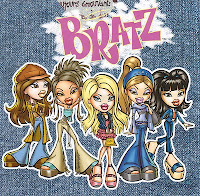 I remember reading a few years back that the Mattel Toy Company has obtained an injunction against the makers of the Bratz dolls because of their alleged similarity to the Barbie Doll. I was confused-on the surface the two dolls are not at all similar. The case, Mattel v. MGA was premised upon Mattel’s argument that the Bratz dolls infringed upon Mattel’s copyrights’ among other claims. Ultimately, Mattel’s argument was based upon the mistaken premise that one can assert a copyright in a mere idea or concept. Remember that this is the same company which unsuccessfully sued a group for recording the song “Barbie Girl”.

The kicker to the Bratz case is that in prevailing, the Bratz manufacturer was awarded a judgment for its costs and attorneys fees in the amount of $137,000,000 (yes, one hundred thirty seven million.I triple checked it.) Section 505 of the Copyright Act provides that the prevailing party in a copyright infringement case is entitled to petition the court for an award of its costs and attorneys fees. This point was famously demonstrated in the case Fantasy v. Fogerty, wherein John Fogerty recovered his attorney’s fees in defending himself against his former publisher’s erroneous claim that he had somehow infringed his own work.

This is the reason one has to be dead certain of their legal position before instituting a copyright infringement case and it is, I believe, one of the main deterrents to more frivolous copyright lawsuits being filed. Still, if you can afford to pay $137 million in legal fees, I guess deterrence is not really an issue.
Posted by Trip Aldredge at 3:44 PM No comments: 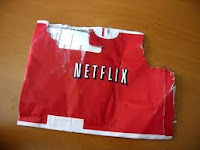 As if raising their prices exorbitantly overnight and then by way of apology (after losing more than one million subscribers) announcing that they were splitting the company into two separate services, (i.e. one for tradition mail delivery of DVDs and one for the streaming service- with two different websites, pricing plans and billings), Netflix has now taken corporate insensitivity to a new level.

In reviewing a Customer Satisfaction Survey I received from the company last week, I came across a question that innocently asked me to identify other ways I received movies for home viewing. The drop down menu identified such obvious services as Redbox, Blockbuster, HBO, Showtime, etc. and then in the last position, it asked me if I ever illegally download movies by Torrent or similar application.

If I was illegally downloading films (which I’m not) would I implicate myself? Think of such questions as “have you stopped beating your wife yet?” or “are you now or have you ever been a member of the Communist party?” On the surface, this is an absurd question. On a more sinister level, perhaps Netflix is getting ready to sue its customers. After the events of the last few weeks, who knows?
Posted by Trip Aldredge at 1:13 PM No comments:


This is the clause, usually buried somewhere towards the end of the agreement that nobody wants to deal with but it is hugely important. Most people have some hazy idea of what indemnity means, informed perhaps by the classic film noir “Double Indemnity” rather than Black’s Law Dictionary. Nevertheless, here’s how Blacks’ defines indemnity “ A collateral contract or assurance by which one person engages to secure another against being damnified by the legal consequences of an act or forbearance on the part of one of the parties or some third person. Term pertains to liability for loss shifted from one person held legally responsible to another person”.

In plain English, this means that the indemnifying party assumes the responsibility for any legal consequences caused by their acts or warranties. The problem of course is that in its unmodified, un-negotiated form, the indemnifying party can be responsible for even all unsubstantiated or invalid claims asserted against the indemnified party. As everyone knows, anyone can sue anyone else for anything under the sun, so it is important to try and limit one’s exposure for all the various claims that can arise, especially those that are bogus.

I have always argued from an artist’s perspective that an artist should not be responsible for nuisance claims filed against a record company or a publishing company. At some basic level, those companies should be in a better position to absorb the cost of defending these claims as a cost of doing business. I have been involved in defending against many of these types of nuisance claims and while they are almost always dispensed with, the cost can be staggering.

The negotiation of this section of an agreement is always different and can head off in a multitude of directions. Very often, an artist can limit their liability to claims actually reduced to judgment or settled with their consent. The important part is to know what to ask for.
Posted by Trip Aldredge at 12:16 PM No comments:

There was an interesting article in Monday's Wall Street Journal, "The Book Business, a Rewrite" which pointed out the obvious; to quote directly “the economics of the book business are changing so rapidly, the industry barely looks like it did just six months ago". That's putting it mildly. Those of us who watched the slow ugly death of the traditional music business should not be surprised by the speed of the evolution of the book business. Still it is shocking to realize that there is not a legitimate new retail book business within the city limits of Nashville (unless you count Books-a-Million, which I just can't). I often reflect on this fact while driving to Franklin to buy a magazine (we have no newsstands either). To be fair, Nashville has a booming used book business (thanks Rhino, McKay’s and Bookman/Book Woman)and has two new bookstores slated to open soon, Anne Patchett’s much anticipated Parnassus Books and the Barnes and Noble/Vanderbilt University joint venture slated to open in the old Borders location on West End.

From a lawyer's perspective this is intriguing. As a reader who grew up in the book business, I am sort of repelled by Kindle and the whole concept of digital literature but I see the potential for many author's backlists and the few deals I have done in this area have been fascinating. More significantly, I know of some authors with devoted cult followings whose work would benefit significantly from a personal, immediate digital relationship with their audience.

The bottom line is that the book business is transforming itself like the music business, but apparently at a much faster rate. As practitioners and readers, we need to be ready.

Posted by Trip Aldredge at 12:40 PM No comments: