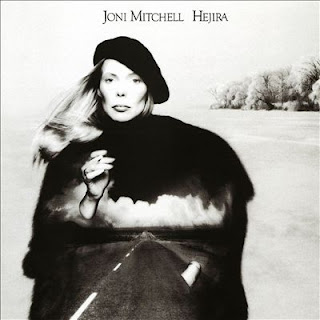 The recent news that Joni Mitchell's close friend had been appointed her conservator after she suffered an aneurysm as well as the disturbing news that there is a conservatorship battle being waged over former Eagles member Randy Meisner made me realize that the public might not be completely aware of this legal concept.  You can also see an extreme example of this a conservatorship in the Brian Wilson biopic "Love and Mercy". Conservatorships are court ordered arrangements where one individual is appointed to oversee the financial affairs and some time day to day responsibilities of another person who can no longer take care of himself or herself. Although we tend to associate conservatorships with elderly people, that is not always the case.

In Tennessee the law governing conservatorships, T.C.A. Sec. 34‑3‑101 provides that a petition to appoint a conservator may be filed by any person having knowledge of the circumstances necessitating the appointment of a conservator.  This is important because it allows for the process to be instituted even when a "disabled person" might not be aware that they need a conservator (or might actively rebel against the idea) or, when a family member might be somehow endangering the person.

The statute requires very detailed pleading and requirements including examination by a physician or psychologist and a requirement that a guardian ad litem be appointed to represent the rights of the "disabled person".  If the court determines that a conservator is necessary it follows a prioritized list to determine who to appoint as conservator.

Some  rights, but not necessarily all rights, might be removed by the conservatorship including the right to dispose of property, execute contracts, make purchases or consent to medical treatment.  Also, as is apparently the case in the Joni Mitchell conservatorship the court can make one person conservator of the disabled person's "person" and another individual the conservator of his or her property and finances.  I have seen this type of conservatorship firsthand and can attest that it does a lot to diffuse concerns and suspicions that family members may have over the appointment of a conservator.

There has been a lot of controversy over conservatorships. We have all heard horror stories of how the system has been abused but we seldom hear of conservatorships that worked well.  Having been involved in several conservatorships, I can tell you that this is a system that is set up to try to handle a difficult situation with care and compassion.  I  served as the court-appointed conservator for a well-known songwriter (and later his spouse) for nearly 14 years and it was a difficult but ultimately rewarding experience.  I had to overcome mistrust and suspicion and the  general awfulness of seeming to invade another family's privacy in the worst possible moment.  The experience gave me a great deal of respect for the people who are called upon to undertake this role and the judges who oversee the process.
Posted by Trip Aldredge at 3:34 PM 1 comment: