About a year ago, I posted something here reacting in mock horror when the band Pearl Jam decided to release their new album on multiple formats, including the video game Rock Band. Now comes the news, reported in the Wall Street Journal, that Soundgarden have earned a platinum album for sales of their comeback retrospective LP Telephantasm, by bundling it with the newest release of the videogame Guitar Hero “Warriors In Rock.” According to the article, this album, which is Soundgarden’s first release in 13 years, was also the first album to go Platinum INSTANTLY, because none of the discs could be returned.

This appears to be a four-way win: for the band, Activision (manufacturer of Guitar Hero), Universal, and the RIAA. Is it a bold new marketing strategy, or is it a last ditch cash grab by a once revered, once relevant band who have not put out a record in 13 years? Does it destroy the legitimacy of gold and platinum status? Does any of this matter? I honestly do not know and am completely on the fence about all this. But I bet it would be fun to put the deal together.
Posted by Trip Aldredge at 3:50 PM No comments:

I wish that I could say that I read last Sunday’s article in the Tennessean about Mitch Bainwol’s speech at the recent Nashville Digital Music Summit, with interest; but that would be a bit of a lie. Bainwol, the current chairman of the RIAA, was detailing the organization’s newest strategies against online music piracy, all of which seem like more and more sophisticated ‘whack a mole’ games. The same article spoke of the industry’s ever oppressive 360 deals, which seem to alienate artists in the same way that the heavy handed attitude towards piracy has alienated fans.

I don’t want to be misunderstood. I am a complete believer in intellectual property rights and as a copyright lawyer, I will diligently enforce my client’s rights against infringement. However, I am becoming more and more convinced that the way to combat piracy in the digital world is through education and making an attractive, accessible product that people actually want to buy and own. We are in the midst of a great cultural shift and nowhere is it more apparent than in consumer’s relationship to music. All of us geezers lament the demise of the traditional retail record store. Not only did these businesses keep us current on new releases and new artists but they also had a social component to them. As so many people have commented, this social component has now moved almost exclusively online. This is not just affecting the retail component.

Time spent surfing the Web has jumped from 59 minutes a day to 2 hours and 52 minutes.

Another blogger whom I read religiously, James Marshall (whose site is called “The Hound Blog”) recently wrote that though we miss record stores and newsstands, there is some compensation in the fact that we can dial up almost any obscure music and film footage on You Tube. This also should convince people that the consumers have migrated online and that they are going to access music online. The history of technology has shown us that if the music industry keeps trying to erect barricades online, the young technocrats will simply find ways to remove them, legally or illegally.

I think the answer is coming, somewhere in the near future. The outline is emerging. In the short term the battles will continue to be fought but I believe that the only way to really stop piracy is to educate the audience-show them how songwriters and artists actually struggle to make a living, teach them that this is a penny business and that their pennies make a difference. That’s got to be better than the current Big Brother approach.
Posted by Trip Aldredge at 10:44 AM 3 comments:

I read a great quote about estate planning on Matt Homann’s site The (Non)Billable Hour. He quoted Sue DeRoss who stated:

“Everyone gets organized at some point. They just might not be around for it.”

I think a lot about estate planning and especially how to convince people with property and children of the need to have a will. You cannot imagine how difficult it is to get people to focus on this important area. (As an aside, you also would not believe the number of people who start wills and never finish them. I have one file in my office which is over twenty years old.)

The other problem we, as lawyers, are now facing is people who decide to use online “will kit” providers and convincing then that these are not always the best choice.

Now we have a small amount of vindication from The New York Times. Times financial writer Ron Lieber did a survey of the three leading online will providers: Legal Zoom, Legal Writer, and Buildawill. He entered his information in each program, printed all three resulting documents and then took the documents to leading estate planners in New York for a thorough (although admittedly biased) review. Lieber discovered that while each of the documents was generally well-prepared, none of the online services could address the important kinds of questions people really want to ask their attorneys when they are doing estate planning: most often about kids and divorces. Nor could the kits offer any alternatives. Most of all, he found that the online kits do not do a good job of explaining the formalities which need to be observed with the proper execution of a will. The other thing that was remarkable to me was the cost of the online service was not that much less than hiring a lawyer to do the work and to create an individualized document. Most attorneys I know do these services on a flat fee basis, so for a simple will you might be talking about the difference of around $100.

This is not a general diatribe against the online forms business. I just believe that in two (2) important areas especially, wills and divorces (more on that later), it is very important to consult with an attorney to answer questions and prepare the documents.
Posted by Trip Aldredge at 1:15 PM No comments:

Thank You, Thank You Very Much 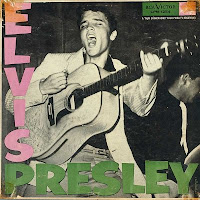 I spent the afternoon in a fairly useless pursuit of some arcane information about a Tennessee statute. However, as is often the case when doing research on the Internet, I stumbled upon a fascinating website:

This website consists of a collection of all the decided cases involving the King. This stuff makes for fascinating reading. When I was in law school, I did a long research project on the right of publicity, which essentially did not exist in Tennessee until Elvis died in 1977. Now, reading this website, I realize that Elvis' litigious afterlife has the makings of a law school class, if not an entire curriculum.
Posted by Trip Aldredge at 3:35 PM 2 comments: