Ray Charles and the Problems of Estate Planning for Songwriters


Those practitioners who deal with estate planning issues for artists and songwriters are going to be paying attention to the decision of the California Federal District Court in the  Ray Charles Foundation v. Raenee Robinson, et al case which was decided in January.  In that case, the Court upheld the right of  seven of Ray Charles' twelve children to serve 39 notices of copyright termination on various entities including Warner/Chappell.  The heirs are exercising their statutory right to terminate assignments of copyright despite the fact that each of these children had agreed contractually that upon receipt of $500,000.00 each in an irrevocable trust that they “would  not inherit anything further under my father's estate plan and I am waiving my right to make a claim against his estate." 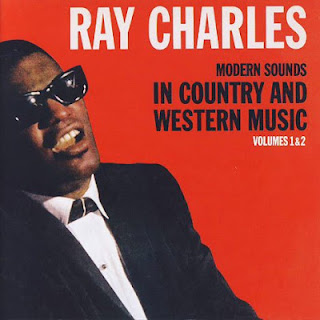 Ray Charles entered into these agreements with his children and then apparently left his right to receive additional royalties from these compositions to his foundation – a charitable organization .   Clearly he intended to provide for his children but also to provide for those less fortunate.

By attempting to terminate the copyright assignments, the children have the potential to redirect the income from these works to themselves, thereby thwarting their father’s charitable plans.

In seeking declatory relief, the foundation argued that the children breached their agreement with their father by filing the termination notices.

The Court concluded (1) that there could be  no claim against the estate because the estate had in fact been through probate and was closed and (2) because Section 304(c) of the Copyright Act provides that the termination right is inalienable and may be exercised "notwithstanding any agreement to the contrary" that the foundation did not have standing to stop the heirs from filing these notices of termination.  Note that Warner/Chappell did not contest the notices.

The rationale in this case is pretty straightforward and it is difficult to know if the 9th Circuit will do anything different on appeal.

As an important footnote, the Court goes to great lengths to explain that the holdings in the Milne case and the Steinbeck case were not relevant here.  In those cases, the original statutory heirs somehow terminated the original grants themselves and abrogated the whole "inalienable" concept.  The Court also noted the important lesson from the Larry Spier, Inc. v. Bourne Co. case that the intent of an author in executing a will is irrelevant under Section 304(c) because "if the author's intent were the paramount concern of the statute, then no termination of any kind would be allowed because most authors presumably intend to make the assignment that is the very object of Section 304(c)'s termination provisions".

Therein lies the problem.  While the termination provisions of the Copyright Act serve an important purpose  they can subvert an author's original intent, no matter how beneficial and noble that intent might have been.  Artists and songwriters  contemplating long-term estate plans should be keenly aware of the potential impact of these provisions and plan accordingly,  to the extent possible.

Posted by Trip Aldredge at 11:19 AM No comments: