I have been thinking a lot about Flo and Eddie (Mark Volman and Howard Kaylan a/k/a the Turtles) and their recent victories over Sirius XM Radio in California and New York.  Although subject to appeal, both these cases have established the principle of a digital public performance royalty available to the owners of sound recordings in those states which recognize these rights fixed in sound recordings prior to February 15, 1972.

What does this mean?

The U.S. Copyright Act provides for a public performance royalty (from digital transmission) to be paid to owners of sound recordings created after February 15, 1972.  This right led to the creation of Sound Exchange and all of those current arguments about how little Spotify, Pandora and the other streaming services are paying to recording artists..  For reasons that I cannot recall, the Act excluded those recordings created prior to February 15, 1972 but allowed the owners of those recordings to pursue common law remedies under state law against infringers.  This is one of the few areas not preempted by federal law under the Copyright Act.

Historical trivia:  Neil Young's "Harvest" was released on February 14, 1972 – (one day before the law went into effect).

Several states such as California, New York and Florida have laws on the books that give protection to owners of sound recordings (Tennessee is currently looking at updating its law).  California law is pretty clear.  The relevant section of California Civil Code § 980(a)(2) reads as follows:

The author of an original work of authorship consisting of a sound recording initially fixed prior to February 15, 1972 has an exclusive ownership interest therein until February 15, 2047 as against all persons except one who independently makes or duplicates another sound recording that does not directly or indirectly capture the actual sounds fixed in such prior recording, but consists entirely of an independent fixation of other sounds, even though such sounds imitate or simulate the sounds contained in the prior sound recording. 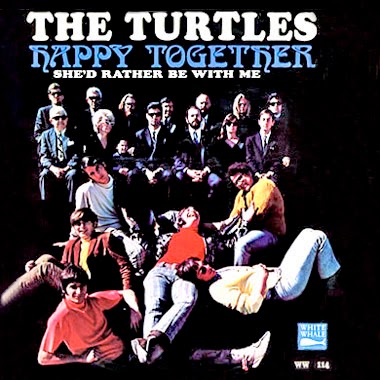 The court in the California case agreed that the language gave Flo and Eddie the right to pursue an infringement action against Sirius Radio for digitally transmitting the Turtles' recordings and accordingly gave them a summary judgment on this particular issue.

Note that this judgment applies to the State of California.  How that judgment works out on a national basis in practice is open to debate.  The plaintiffs have won a similar case in New York and my understanding is that they are pursuing a case in Florida as well.

Shortly after the decision a friend of mine asked what ramifications this decision would have for other "heritage" artists such as classic country artists whose  recordings are played on other Sirius XM stations.  Ultimately, my gut feeling is that the effect will be minimal for the reason that the Turtles (unlike the vast majority of recording artists from that era) own their master recordings.  The master recordings of most other artists are owned by record companies – major labels and/or once independent companies who were absorbed by major labels.  I have no idea what is going on behind closed doors but I am going to assume that the majors don't have any interest in suing satellite radio – one of their de facto partners in promoting music.  The smaller independents or artists who might own their own back catalogs may not have the resources to take on such a battle on their own.

Nonetheless, Flo and Eddie have won an impressive and important battle because they addressed  an issue that everyone knew was blatantly unfair and they have claimed a moral and economic victory.This is not the first time they have gone to Court  to take a stand for artist’s rights and we all owe them a debt of gratitude.  It seems absurd to treat artists and the owners of sound recordings different due to an arbitrary date.  I don't know if this will ultimately be resolved through Congress, the courts or a grand compromise but the issue is now unavoidable.  Congratulations to  Flo and Eddie for taking it on.
Posted by Trip Aldredge at 1:13 PM 1 comment: