For Those Wondering if They're Really Married

If there was any doubt before, it's now official.  It has been a custom for years for marrying couples to ask a friend to perform the ceremony for them.  I myself performed a number of marriages by becoming a "special judge" for the day.  I think the most common method though has been for the officiant to become a Universal Life Minister, or to be "ordained" by a similar entity. 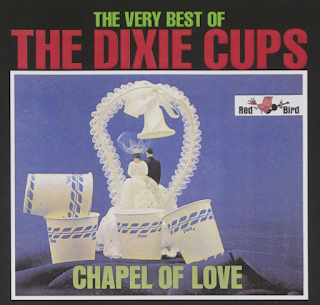 For years, the Tennessee statute on marriage has said that marriages may be performed by "all regular ministers, preachers, pastors, priests, rabbis and other spiritual leaders of every religious belief, more than 18 years of age, having the care of souls…" and "(2) in order to solemnize the rite  of matrimony, any such minister, preacher, pastor, priest, rabbi or other spiritual leader must be ordained or otherwise designated in conformity with the customs of a church, temple or other religious group or organization; and such customs must provide for such ordination or designation by a considered, deliberate, and responsible act."

An opinion from the Tennessee Attorney General theorized that someone who becomes a minister online cannot be doing so by a "considered deliberate and responsible act", thereby throwing the legitimacy of online officiants into question However, until  recently this wasn't an issue; county clerks did not question the authority of the person signing the marriage license and presumably the only time this issue might come up would be in a divorce proceeding (i.e. where one party would argue that there was no valid marriage).

The new amendment to the law adds a section stating that "persons receiving online ordination may not solemnize the right of matrimony".  The question appears to be settled although I have read that groups are attacking the new law and it will probably end up in court at some point.

The biggest issue that people were concerned about was the question of whether their own marriages performed by a Universal Life Minister were valid.  The law gives some certainty in this area by stating that "if a marriage has been entered into by license issued pursuant to this chapter in whichanyminister officiated before July 1, 2019, the marriage must not be invalid because the requirements…have not been met".  This should cause some relief to those people wondering if they were legally  married.
Posted by Trip Aldredge at 4:26 PM 1 comment: 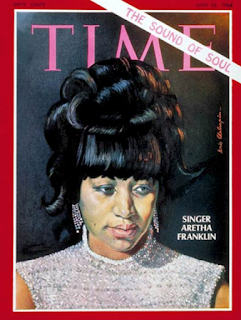 It seems that I spoke too soon when I wrote my blog about Aretha Franklin dying without a will.  (http://tripaldredgelaw.blogspot.com/2018/11/aretha-prince-and-simple-need-for.html). According to the New York Times she had three wills – or as the reporters described the documents "the scrawled papers which are dated between 2010 and 2014, are at times barely legible, with cross‑outs, marginal notes and some salty tangents".

Apparently two of Ms. Franklin's sons oppose entering the documents as wills in the probate proceeding.  I am not exactly sure why but it appears that in one of the documents she treated her oldest son Clarence differently than her other three children, which may or may not be because he has some sort of special needs.  The article stated that the final document  drafted in 2014 divided the estate between her children and grandchildren.  If  Franklin were to be determined to have died intestate, then the estate would be equally divided between the four sons.  Michigan (where Ms. Franklin resided at the time of her death) appears to have a holographic will statute similar to the statute we have in Tennessee – which provides that if the document is written entirelyin the testator's handwriting and signed by the testator and expresses an intent to operate as a will – it should generally be admissible.

The important point here is that a holographic will is perfectly legal but it must be written entirely in the testator's own hand (i.e. not typed and then signed) – this is a mistake many people make.  Also there must be a witness available who can identify the deceased's handwriting.

The court in Michigan is going to hold a hearing sometime this month to evaluate the new documents.  Whatever the outcome, it's nice to see that Aretha will probably have the last word.