I have always had an attraction/repulsion relationship with New Years’ resolutions-while I am drawn to the concept of change and renewal, I hate the stereotypical pattern of adopting resolutions in January just to abandon them by February. Think of all the people you see on the treadmills at the YMCA during the first week of January and how they seem to fade away by the Super Bowl.

However, a client called me last week, energized by the New Year (and perhaps the new administration). He wanted to get his will finalized, his business interests and intellectual property interests organized and in general take care of a lot of the small details that had been left hanging for some time. I was impressed and somewhat inspired by this and began my own list of dreaded tasks that I had been putting off for some time. January and February are probably great months to organize one’s professional and personal life (“to get your life in order” as one of my old English professors used to say).

Posted by Trip Aldredge at 6:05 PM No comments:

I Never Trusted Those Bowie Bonds 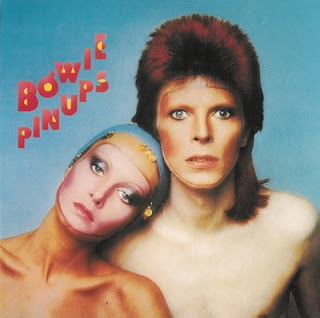 I enjoyed this article, from Rolling Stone's online site, even if it's not true. I never understood how those Bowie bonds could be a good investment, as much as I like "The Man Who Sold the World".

Theory or fantasy? David Bowie is to blame for the recession and the current credit crunch, the U.K. press reports Jan 13, 2009. According to a BBC Today host, it was the Thin White Duke, Ziggy Stardust, who opened the flood gates for the current economic problems, all thanks to his "Bowie Bonds." Back in 1997, Bowie issued "Bowie Bonds" as a way of getting his royalty money up front. He sold bonds of his future royalties to his fans for an immediate sum of money, figuring they'd be more patient about waiting for the royalties, plus it'd give them a stake in Bowie's catalog.

Economically, the term for this action is "securitization." The article speculates that banks were inspired by Bowie's foresight and started to do the same thing, except with mortgages instead of Hunky Dory. The plan was so successful for banks that they lowered the bar on who got loans, figuring a deadbeat would be the problem of whoever scooped up the security, or the bundle of mortgages. Repeat this and multiply it by several thousand and you're faced with one of the main reasons for the current recession.

We asked a friend of ours who works in real estate - and knows a lot more about these economic matters than we do - and he insists that "securitization" was taking place on Wall Street way before David Bowie masterminded his supposed scheme to cause a worldwide recession. In fact, the practice dates back to the 1970s, when "the U.S. Department of Housing and Urban Development created the transaction using a mortgage-backed security."

In short, our Wall Street source says, "There is no chance in hell that David Bowie inspired banks to package loans into securities, have rating agencies rate them AAA blindly and sell them off to high leverage hedge funds." We don't know what any of that means, but it takes the blame off Bowie's shoulders. - Rolling Stone.
Posted by Trip Aldredge at 10:24 AM No comments:

I wanted to write something about my client Butch Baldassari who passed away Saturday January 10, after a long illness. Butch was one of the finest musicians I ever met, a mandolin virtuoso. He took the instrument into all sorts of new territories from bluegrass to jazz to rock to classical music. More importantly, I was always impressed by his deep knowledge of the history of the instrument and its place in the development of American music and culture. He knew about the unpublished works of Bill Monroe, which he wanted to record before he died, as well as the history of mandolin orchestras in America. This knowledge led to his forming the groundbreaking Nashville Mandolin Ensemble, which showcased the breadth of the instrument from the turn of the last century through the works of Charles Mingus and The Beatles. In addition to the success of the Nashville Mandolin Ensemble,, Butch also recorded “Evergreen-Mandolin Music for Christmas,” which has become a favorite in many people’s homes and I think ranks right up there with John Fahey’s Christmas albums.

Butch was also an incredibly cool and decent human being. I always thought he spoke more like a jazz guy than a bluegrass player. When I read his obituary in Sunday’s paper I learned that Butch had been a croupier in Las Vegas before becoming a professional musician and this made perfect sense. He is going to be missed.
Posted by Trip Aldredge at 9:59 AM No comments:

collection law:"We gonna get yo Money"

One of my favorite old Saturday Night Live skits involves Tracy Morgan and a fellow cast member as “street” lawyers who promise prospective clients that “ we gonna get yo money”. I always identify with those characters. No matter how dignified we try to make it sound, much of the practice of law involves trying to collect money for people. This is especially true in the music business where there is a constant need to police the stream of royalty income that is supposed to be paid to songwriters, producers, artists, etc. as well as commission income paid to managers and other participants. Then there is the matter of collecting the regular payments for goods and services in everyday commerce.

I have represented a lot of creditors (and a fair number of debtors). I find that when trying to collect money from people, most folks fall into four categories: honest but broke, honest but disorganized, basically honest but a little slippery and blatantly dishonest. These descriptions do not apply to corporations; that’s an entirely different issue. Sometimes all people need is a gentle reminder or the suggestion of an reasonable payment schedule. Sometimes you can accomplish a lot with a firm letter. Other times it takes a lawsuit and a full blown trial. Then you have the matter of post judgment collection: can you find assets to collect upon? If you find yourself in the position of needing to collect money from some one or some entity, it is best to take proactive steps early on rather than waiting. Typically you are not the only person in line.

As the recession unfolds and businesses contract (and as bankruptcies rise in ) I can’t help but think that this is going to be a growing trend.

Posted by Trip Aldredge at 7:08 AM No comments:

I like this quote from Jon Pareles’ article “Songs From the Heart of a Marketing Plan” in the edition of the New York Times:

"Perhaps its too 20th century to hope that music could stay exempt from multi-tasking, or that the constant insinuation of marketing into every moment of consciousness would stop when a song begins. But for the moment I’d suggest individual resistance. Put a song on with no commercial attachments. Turn it up. Close your eyes. And listen."