From the transcript of a deposition I took several years ago:

Q: Can you tell me the circumstances surrounding your arrest for indecent exposure? 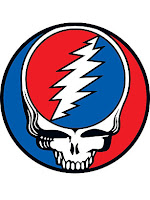 A: A Grateful Dead concert.

Q: Can you go a little further?

A: I attended a Grateful Dead concert.

Q: And did you attend this Grateful Dead concert without your clothes on?

Q: Well, how did you come to be arrested for indecent exposure?

A: I took some LSD at the Grateful Dead concert and subsequently took my clothes off under the influence of the drugs.
Posted by Trip Aldredge at 3:19 PM No comments:


Several years ago I wrote a blog post about Jake Holmes finally suing Led Zeppelin for copyright infringement of his composition Dazed and Confused after 41 years (http://tripaldredgelaw.blogspot.com/2010/08/dazd-and-confused-41-years-later.html)  I thought that was some kind of record, but that record has now been broken by Michael Skidmore who has sued Jimmy Page, Robert Plant, and other entities for copyright infringement claiming that the introduction to Stairway to Heaven infringes upon the late Randy California's song Taurus.

The case just survived a summary judgment motion and appears headed for a jury trial next month but there are a number of odd angles to this dispute.

First, it is obviously not Randy California (real name Randy Craig Wolfe) bringing the suit nor is it his music publisher.  California died in 1991.  The suit was filed by the trustee of the trust established for California's son.  In fact during his lifetime, California was quoted as saying that he had no interest in suing over the similarities between the two songs: “I’ll let Led Zeppelin have the beginning of Taurus for their song without a lawsuit.”

Further, as the suit progresses the trustee can only sue as the "beneficial owner" of the copyright since California had assigned his rights to a publisher during his lifetime. The court determined that the trust is only entitled to recover one-half of any potential damages.  There is actually a good discussion of the concept of beneficial ownership in the court’s opinion. 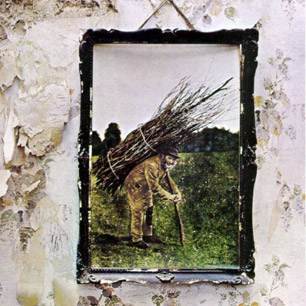 In plagiarism cases such as this, the plaintiffs have to prove not only that the two works are "substantially similar" but that the defendant had access to the underlying work.   Access has been defined as “the opportunity to view a work”. Usually in a case like this where both songs were released by popular groups (and Spirit was a very popular group in its day) access might be presumed, so it is interesting that in their summary judgment motion the defendants spent a lot of time trying to prove that they were not familiar with California’s song.  This sounds disingenuous at best and I think that even casual Led Zeppelin collectors know about a bootleg recording that features the group jamming enthusiastically on the riff to Spirit's Fresh Garbage, a song which like Taurus is on Spirit’s debut album. There is interesting testimony about the different festivals that the bands played together and where they may have met each other so I don't believe that access could seriously be an issue in this case.

The most disturbing issue to me is the "substantially similar" claim because while I find the introductions to both songs to be similar, I do not hear a substantial similarity here. Obviously this is a battle for  expert witnesses and both sides have their experts.  What worries me is that a jury could gloss over the expert’s testimony and expand upon what the jury did in the Blurred Lines case and find "compositional elements" in the recording similarities between the two songs. Yes, the arrangement of the two compositions and the instrumentation and overall "feel" of the introductions to the two recordings is similar but to my mind being influenced by another musician's style or the way they chose to record a certain passage is not the same thing as infringing upon an underlying copyright.  Also, as copyright lawyers know, the similar elements of both works may be found to be either generic or from a common source. While   Jimmy Page's long history of borrowing riffs (or in some cases whole songs) from others is well documented. I just don't think that in this case the two songs meet the criteria of being "substantially similar".

It will be interesting to see how this case plays out but it also worries me that given the fact that the lawsuit was not even filed by the original creator of the work, we're going to start seeing more cases like this as other income generators in the music industry continue to shrink.
I see several potential dangerous precedents on the horizon.
Posted by Trip Aldredge at 9:11 AM 3 comments: