F with a G on Top: Copyrighting George Harrison

I recently had a client ask me an intriguing question. He wanted to know if George Harrison’s iconic opening chord at the beginning of “A Hard Day’s Night” was protected by copyright.

Being inquisitive, I first had to learn what chord George is actually playing. Not surprisingly, there is some debate on this issue but George himself apparently identified the chord as an “F with a G on top”.” Whatever chord he is actually playing, the sound of George’s 12 string Rickenbacker changed the world.

I don’t believe that a single chord in and of itself is capable of copyright protection. The issue would be, did the chord by itself have sufficient originality and even if it did, would the use in another song be considered ‘de minimus’. Think, for example of the Beastie Boys sampling case, Newton v. Diamond. I also wonder if a possible use of the chord would be protected by the doctrine of fair use, since you can’t play the chord without thinking of the Beatles and “A Hard Day’s Night”.

But here’s another interesting question. Could the sound itself be capable of trademark protection? Attorney Robert Scott Lawrence in his blog “Who Is Your Lawyer?” points out that over 157 “sensory trademarks” have been registered by the United State Patent and Trademark Office, including the MGM lion’s roar, AOL’s “You’ve Got Mail,” and Homer Simpson’s “D’oh”. A quick scan of the USPTO’s webs site does not indicate any registration for George‘s “F with a G on top” but I am not entirely sure that such a registration might not be possible.

I am not sure I answered my client’s question but it was a fun distraction.
Posted by Trip Aldredge at 3:19 PM 3 comments:

In Praise of Cat Ladies and Charitable Tax Deductions 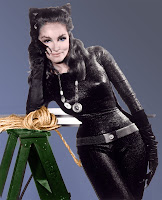 I have known many cat ladies in my life-my mother and my former assistant for starters, so I read the headline in last Saturday’s Wall Street Journal “A Cat Fancier Finds a New Way to Skin the Tax Man” with mild curiosity. What I discovered is good news for anyone who wants to know how to properly claim a charitable tax deduction for unreimbursed expenses incurred for volunteer work.

In the reported case before the U.S. Tax Court, Jan Van Dusen successfully challenged the IRS disallowance of $12,000 in expenses she incurred in caring for over 70 stray cats for a local IRS approved cat rescue organization,. The key, according to the article, is to keep detailed receipts and (this is important) to secure a letter from the charity acknowledging the gift. The donor has to secure the letter before the tax return is filed. Again, the charity has to be approved by the IRS.

This really seems to be an important victory for all types of volunteers and the charities that depend on them. As always, check with your tax professional.
Posted by Trip Aldredge at 2:29 PM 1 comment:

I have been following with interest the recently filed case Rick James v. UMG Recordings, Inc. in which attorneys for a trust established by the late James A. Johnson, Jr. have sued Universal Music Group over the same contractual royalty clause successfully litigated by the plaintiffs in F.B. T. Productions v.Aftermath Recordings, a case tacitly upheld by the United States Supreme Court.
The well-known clause found in numerous pre- digital recording agreements provides “ with respect to records sold by (Motown’s) licensees…Motown will pay…a royalty equal to fifty percent (50%) of Motown’s net receipts based on actual sales…” The plaintiff’s argument is that this clause applies to income from digital downloads and ringtones etc. Universal has blatantly argues that such sales are not third party licenses but are something called “resale agreements”. This defense ignores the plain language of these agreements and the 9th Circuit said as much. The labels simply did not anticipate that this type of income would exist when they drafted these contracts but they still need to honor their contractual commitments if they choose to exploit the source of the income.
The most interesting thing about the Rick James case is the plaintiff’s attempt to have the case certified as a class action lawsuit. The potential damages could be astronomical—just think of the potentially affected artists on Motown’s roster.
Of course the operative words are “could be”. The big question in my mind is how many artists and how many contracts does this apply to? How many successful recording artists from the pre-compact disc era are still operating under their original (non-renegotiated) contracts and if so, how many labels are still treating legitimate third party license income as something else entirely? I am not really sure how many artists this affects. However, the 9th Circuit case apparently had some effect on another class action case originally filed by the Allman Brothers against Sony/BMG. This case had been dismissed once before and apparently has been reinstated. Both of these cases and the cases that are sure to follow in the wake of the F.B. T. Productions case are significant and well worth watching.
Posted by Trip Aldredge at 12:29 PM No comments:

We are defining a business model that doesn't exist

"We are defining a business model that doesn't exist"--
Simon Fuller quoted in yesterday's Wall Street Journal on his new venture with Chris Blackwell. This could be interesting and is certainly worth watching. Everything Chris Blackwell has done has been worth watching and as much as the music snob in me might hate to admit it, Simon Fuller is a marketing genius who created an entirely new paradigm for breaking artists.
Posted by Trip Aldredge at 11:05 AM 2 comments: