The Legal Perils of Co-Writing


Recently I seem to be inundated with legal questions about co-writing.  I am not sure why this has not really come up before.  I suspect that it is because the concepts or “rules” of co‑writing are ingrained and institutionalized within the Nashville music publishing community but I can tell you that this is not the case elsewhere. There is a great deal of misunderstanding and miscommunication out there.

Let’s start at the beginning  – what is a co-written composition?  Under the Copyright Act a co‑written composition is a “joint work” and the definition is important:  A “joint work” is a work prepared by two or more authors with the intention that their contributions be merged into inseparable or interdependent parts of a unitary whole.

The key concept here is that the authors must have an intention to create a unitary work.  However, once that work has been created one of the co‑writers cannot unilaterally decide to remove their contribution.  The work exists and each collaborator is an owner.  This also means that each author has an equal right to exploit the work, subject only to a duty to account to his or her collaborators.

I can only think of one occurrence in the past three decades where I was asked to help a writer “unwrite” a song – where we literally created an agreement between two co‑writers which removed one writer’s creative contribution from a finished work.  I can also tell you it was messy. 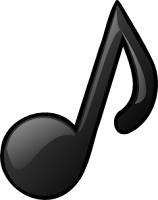 Also, if two or more persons are joint authors of a musical composition then this means that one of the writers cannot decide to add a co-writer without the other’s permission. This seems like common sense but it is amazing how this can become convoluted and confusing during the creative process. I know that this is a huge issue in the urban/hip hop world,

In another odd issue that came up recently, I had to explain that one co-writer cannot force a collaborator to continue to work on a song.  One writer may decide that the work is finished where their collaborator may want to continue to re-write the song. From the legal perspective, does this mean that the song is not a true joint work because one of the writers lacked intent?  I don’t think there are any real rules on this.  I have asked a number of Nashville writers about this and the consensus seems to be that if all parties believe that the song is good then it is worthwhile to keep putting time and effort into it; if not, you just move on and don’t worry about it.  Not every song can be “Yesterday”.

Another potentially contentious area is expenses.  What if one writer wants to create a demonstration recording of the song and the other does not?  Again in the Nashville publishing world there seems to be a fairly clear-cut system that details how and when demos get made and how publishers divide expenses for demo costs; but even this system is subject to misunderstanding.  Outside of “professional” circles it is clear that there are no rules – written or otherwise that obligate authors of a musical composition to have to split the cost of demonstration recordings or any other costs for that matter and this seems to be an area of confusion.  I have had writers ask me if they can “force” their co-writers to pay demo expenses or other expenses and the answer (in the absence of an agreement) is no.

I would suggest that anybody contemplating a co-writing situation, outside of the traditional Music Row system, sit down with your prospective collaborator first and have a serious discussion about these types of issues.  It will save a great deal of time, expense and angst in the end.

Posted by Trip Aldredge at 11:52 AM No comments: