This comes from the Learn Something New Every Day Department. I was surfing the internet reading other attorney’s blogs and came across an article by David Kravets on wired.com:

The $105 fix that Could Protect You from Copyright Troll Lawsuits

I have known about patent trolls for years; they are people who exploit small similarities in inventions, or technical violations of the patent law for profit through litigation. Tbey serve no useful purpose to society. I never heard anything about copyright trolls. Apparently, there is a new cottage industry in acquiring copyrighted material, registering it, then suing websites that have reposted it. I am not talking about sites that promote or engage in copyright infringement, but rather sites that include user comments and interactions (such as blogs).

All of these sites are protected by the Digital Millennium Copyright Act, which, through its “takedown agent” provision, allows a safe harbor for those who repost user generated content (such as Facebook, YouTube, etc.). What I did not realize until I read this article, is that in order to qualify for this safe harbor protection, the site has to register its takedown agent with the Copyright Office. The fee for the service is $105.

As the article points out, the traditional defenses in copyright infringement, such as fair use, remain viable, but the appointment of the takedown agent is a virtual bar to a suit proceeding in the first place.

So, if you are running any kind of blog or website that accepts third party content, or if you intend to quote liberally from third parties on your blog, I suggest you investigate the registration provisions of the DMCA. It could be the best $105 you ever spent.
Posted by Trip Aldredge at 3:11 PM No comments: 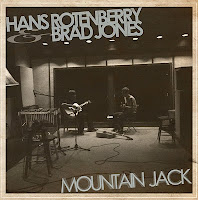 I also wanted to throw in a plug for my friends and clients Brad Jones and Hans Rotenberry, both well known in their own fields. They have released their first 'duo' record together. "Mountain Jack" is available on cd and via download through our friends at New Boss Sounds.
Posted by Trip Aldredge at 2:08 PM No comments:

I wanted to extend congratulations to my friend and client John Lomax III, the newest recipient of the Country Music Association’s Jo Walker-Meador International Award. I have always thought that John was a Renaissance man of sorts, having worked as a journalist and author, manager (Steve Earle, Townes Van Zandt, Kasey Chambers, and The Cactus Brothers), A+R man and music publisher. However, John received this award because of his work with his company Roots Music Exporters, which sells all types of music overseas.

Essentially John found an old school niche in the increasingly digital age- sending American music to Europe, Australia and Japan, to buyers who want to own the real thing, not an MP3. He’s found a way to export music that the labels have failed to distribute overseas, for whatever reason. I love John’s entrepreneurial spirit and as the grown up version of the kid who used to buy mail order records from all over the world, I admire that John is keeping this tradition alive. Also, his sales charts and want lists are always illuminating in showing international tastes (hint, they don’t always align with the Billboard chart).

I love to see small businesses succeed and get recognized, especially when they are this cool. Congratulations, John.
Posted by Trip Aldredge at 10:37 AM No comments:

Who Is Harry Fox and Why Do I Have to Pay Him?

Every now and then I get asked the question “Who is Harry Fox and why do I have to pay him if I want to put out an album?”

That’s a good question. The Harry Fox Agency is a wholly owned subsidiary of the National Music Publisher’s Association, responsible for issuing mechanical licenses and collecting mechanical royalties for over 10,000 music publishers in the United States. Many publishers appreciate using the organization because they also regularly audit major labels on behalf of their members. In other words, if you want a mechanical license, which you must have in order to record someone else’s song, you generally have to go through the Harry Fox Agency.

While applying for a mechanical license and complying with the quarterly accountings used to be a cumbersome process, a few years ago Harry Fox created an internet-based service called “Song File,” which allows a potential licensee to “purchase” a license for a certain number of discs and/or downloads online in a one-stop process.

All of this is interesting but it still does not answer the question “Who is (or was) Harry Fox?” I have not been able to ascertain much information on him except that he was an employee of the National Music Publishers Association, who, in 1938, was charged with the responsibility of issuing licenses and collecting mechanical royalties. Apparently Mr. Fox passed away in 1969 and the agency was re-named in his honor. (Poe, A Songwriter’s Guide to Music Publishing, Revised Edition, 1997). However, he is not to be confused with the vaudeville entertainer of the same name who is credited with inventing the Fox Trot.
Posted by Trip Aldredge at 8:00 AM No comments:

I do not know much about John Esposito, except that he is the current head of Warner Bros. Nashville. I also do not know much about Shawn Camp. I negotiated a contract with him once, but I don’t think I ever spoke with him. I know that he is a talented musician and successful songwriter. I also remember he had a short-lived deal with Warner Bros. back in the early nineties.

This is where it gets interesting. Apparently, Esposito recently heard Camp perform at a music industry function, was impressed by him and learned after the fact that 16 years ago, Camp recorded an album for Warners which was never released. In a move which I think is almost unprecedented, Esposito had the album (now titled “1994”) released.

I think it would amaze people not involved in the record business to learn how many albums go unreleased. I am not sure if Warners is any worse than any other major label, but I do have several friends and clients who recorded for Warners over the past two decades and their records have yet to see the light of day. This was due to a variety of reasons of factors, some of which make sense, some didn’t. (As Tom Petty sang “their A&R Man said ‘I don’t hear a single,’ the future was wide open.”) These situations are usually heart-breaking for the artists because not only is their record shelved and their relationship with their label severed, they typically don’t get a right to to acquire their unreleased masters, AND to add insult to injury, they are often prohibited from re-recording the unreleased songs due to the “re-recording restrictions” in their contracts.

I have never understood the equity of enforcing a re-record restriction in this type of situation. In many cases, if it’s a new artist, these most likely are his or her best songs, created over a long period of time. How does a re-recording restriction benefit the label in this situation? Conversely, how would the label be hurt if the artist re-recorded a song which was ultimately rejected by the label?

That is why it’s so refreshing to here about Warners’ move. I have also had recent dealings with labels who were willing to make long out-of-print albums available online. Making these recordings available digitally benefits both the labels and the artists and is a creative inexpensive way to battle internet piracy. Here’s hoping Mr. Esposito finds some more treasures in his vault.
Posted by Trip Aldredge at 1:00 PM 3 comments: