Jimmy Buffet, Marijuanaville and the Likelihood of Confusion 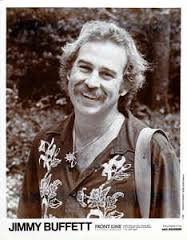 I don't know Rachel Bevis, but I feel nothing but empathy for her.  Back in March, she lost an opposition proceeding before the United States Trademark Appeal Board which will presumably keep her from being able to use the trademark "Marijuanaville" for merchandise such as t-shirts and for drive through retail services.  It was a catchy name and a good idea for a possible trademark and, as one might expect, Ms. Bevis was stopped by Jimmy Buffett, whose company Margaritaville Enterprises, LLC. has owned the trademark "Margaritaville" for "clothing, namely shirts, sweaters, sun visors, and caps” as well as “nightclub services, retail clothing, gift and souvenir store services and mail order services" since 1991.

One can argue the wisdom of a pro se trademark applicant going against Jimmy Buffett and his very talented lawyers. However, even when a trademark applicant does not have to  deal with  a famous and well protected registrant on the other side, the applicant has to deal with the decisions of the trademark examiner which can often seem arbitrary .  This seems to happen when one has to confront  a claim of "likelihood of confusion" and the case In Re: E.I. . du Pont de Nemours & Co. , 476 F2d 1537 which the trademark office often relies upon  in deciding whether one potential mark is likely to be confused with another registered mark.

The court in this case outlined 13 specific factors to consider with a likelihood of confusion claim:


(a) a mere "consent" to register or use.
(b) agreement provisions designed to preclude confusion, i.e. limitations on continued use of the marks by each party.
(c) assignment of mark, application, registration and good will of the related business.
(d) laches and estoppel attributable to owner of prior mark and indicative of lack of confusion.

A review and analysis of these factors can be overwhelming and in complex cases, can involve a substantial amount of data. Most lawyers who handle trademark registrations for clients have come up against this case and its list of factors.  One cannot always predict whether a trademark examiner may decide that two marks may be so alike as to cause confusion, or more frustratingly,  to decide that even though the marks may be different and the goods or services at issue may be different, their existence in the same "channels of trade" may cause confusion.  I had this happen once with a rock band whose name was similar to a video game and once with a record company whose name was similar to that of a band.

In my experience, it can be very difficult to overcome the factors in the du Pont case and again the frustrating part of this is that even with the due diligence of a comprehensive trademark search (which is not cheap) these objections cannot always be predicted in advance.

I should point out that in some instances it is possible to get the registered trademark owner to agree to a "co-existence agreement" manifesting no objection to the similar marks.  The trademark office will usually recognize but the stars really have to align in a case like that.

The best advice prior to applying for registration is to do a comprehensive search and then tread carefully.
Posted by Trip Aldredge at 4:40 PM No comments: