Today marks  the 10th Anniversary of my little blog. I have had a lot of fun researching and writing these posts over the past decade and I have had some really interesting interactions as a result of the blog. I do feel that  I have neglected the blog 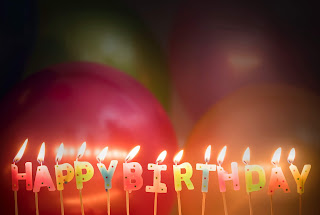 recently due to the demands of my practice and life events but I intend to remedy that. I have a bunch of things that I want to write about.

Photo by rawpixel.com from Pexels

Posted by Trip Aldredge at 9:28 AM No comments:

The Nashville Business Journal recently reported that Nashville has seen the greatest cost of living increase in the entire United States citing a study that showed that it takes a salary of $70,150.00 to live "comfortably" in the city.  At the same time, Rolling Stonemagazine just reported that the median U.S. musician earns less than $25,000.00 a year.

None of this is news to a struggling musician or songwriter--or anyone who has had to pay for parking recently in downtown Nashville.

It does however drive home so many important points.  The people who have been spreading the gospel of the need for affordable housing in Nashville have been saying this for years.  How can a city which depends so heavily upon  its vibrant music scene continue to attract musicians and songwriters if they can't afford to live here?

More to the point, I think that these statistics say volumes about the devaluation of music in general.

I originally wrote this blog post with an ending that suggested several solutions-but honestly musicians and songwriters will figure it out. Scenes develop where the conditions are right, be that Liverpool, Austin, Texas, Athens, Georgia, Portland, Oregon or Memphis. However, as a city, Nashville will have to decide what it wants to be-long after the tall skinny houses collapse, Music Row becomes one large  condo/hotel development and the bridesmaids and pedal taverns leave town.
Posted by Trip Aldredge at 1:43 PM No comments: