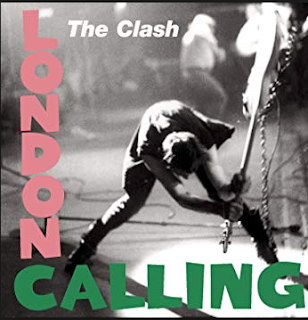 One is always running into the bizarre intersections of entertainment law and other areas of the law but here is a case I didn't know about.  Despite the fact that the Clash were one of my favorite bands ever (seeing them live in 1980 was life-changing) I did not know much about their history past the time they kicked Mick Jones out of the group.

Apparently sometime after the famous Bernie Rhodes quit managing the band, Paul Simonon's wife Tricia Ronane began to manage the group's affairs.  When the couple's divorce was resolved in 2010, she was awarded a 50 percent interest in Cut Throat Productions, Ltd., a company which controlled all of Simonon's Clash income.  Ms. Ronane recently went to court in London seeking permission to sell her interest in the venture to a British investment firm.  One of Ms. Ronane's major issues was that her ex-husband won't communicate with her – which could in fact make it difficult to co-manage whatever assets they jointly own and control.

These types of disputes arise all the time within closely held family businesses – be they involved with real estate, retail stores or the royalties fromLondon Calling and Sandinista. One can understand why the former band members would not want outsiders involved in their business dealings and it is ironic to think of British investment  bankers having a say in the Clash's business affairs. On the other hand, one can sympathize with Ms. Ronane; its usually impossible for former spouses to continue to work together running a business. It would be interesting to see the actual language contained in the divorce settlement agreement or to know what day-to-day responsibility Ms. Ronane and Mr. Simonon had to deal with within the Clash organization.  It would also be interesting to know what Joe Strummer would have to say about all of this. 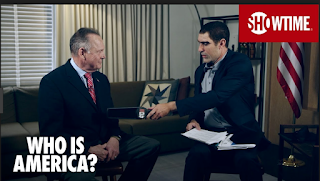 I recently read an interesting article about the politicians and public figures who were lining up to sue Sacha Baron Cohen, the chameleon-like satirist behind "Da Ali G Show," "Borat," "Bruno," and recently "Who is America?"  Infamous political figures like Roy Moore, Sarah Palin and Dana Rohrbacher have either sued Cohen or  have threatened to sue him as a result of pranks he has pulled on them (from getting them to play with sex toys to having them advocate for the arming of small children).  As lawyers, we know that much of what Cohen does is protected by the First Amendment and that public figures have a higher bar than ordinary people in order to try to prove libel or slander.  However, Cohen's real safeguard is that according to an article in the New York Timeshe gets his "victims" to sign releases – acknowledging that they are agreeing to appear by their own free will.

As anyone who has ever read a release for a reality TV show or one of the myriad of competition shows can tell you, these documents are as comprehensive and exhaustive and usually give the producers the unbridled right to ridicule the participants and to show them in any type of light they wish.  These release documents exist in order to protect the producers and networks from liability;  they are an important part of the production process, and they are generally always effective.  Good filmmakers get releases from everybody and for everything. I am not sure what theory one can put forth to set aside a release, other than fraud.

I was in court once representing a defendant who had been sued by a former business associate despite the fact that they had earlier settled this dispute and executed a complete mutual release.  The judge seemed to wonder why we were there and then dismissed the case saying "a release is a release is a release". I am not sure why politicians especially seem to get offended by satirical attacks after they have adopted polarizing opinions to try and get themselves elected.  But given the President's recent attacks on the First Amendment and at least one Supreme Court justice's apparent belief that our libel laws are without history or legal precedent, this is something we need to watch very carefully. In the interim, always get a release!
Posted by Trip Aldredge at 9:20 AM No comments:

A Discourse on FUCT 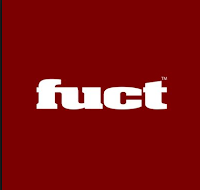 The Supreme Court is hearing a number of interesting cases this term – not the least of which is the clothing manufacturer FUCT's case against the United States Patent and Trademark Office for its refusal to allow trademark registration of the mark FUCT (which is said to stand for "Friends You Can't Trust").

I am pretty sure that I did some legal work back in the 1980s for a band called F.U.C.T .and I am glad they didn't ask me to try and register their trademark at that time.

The current dispute has its roots in a federal law which has been on the books for over 100 years which allows the USPTO to refuse registration to marks which are "immoral, deceptive, or scandalous". The question appears to be whether or not this statute conflicts with the First Amendment.  Traditional understanding of trademark law was disturbed by the 2017 decision in Matal v. Tam which allowed trademark registration for the group name "The Slants", a case which according to the New York Times also effectively allowed registration for the Washington Redskins' previously vilified trademark).  It's actually kind of amazing to see examples of marks that have been allowed registration.  As every trademark practitioner knows dealing with the examiners at the Patent and Trademark Office and the attorneys at the Trademark Trial and Appeal Board can often be unpredictable.  The reality though is that society is probably evolved to the point where the majority of people would not find the trademark "FUCT" as offensive as they might have in the 1980s.  I am still trying to figure out  those French Connection United Kingdom jackets. This will be an interesting case to watch.
Posted by Trip Aldredge at 2:39 PM No comments: