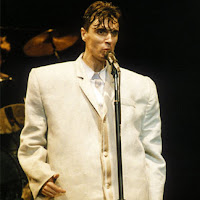 I have been following with great interest this line of cases where politicians have infringed upon artist's copyrights by using their songs in campaign commercials without permission. Apparently the most recent case involves Charlie Crist, the governor of Florida who used the Talking Heads song "Road to Nowhere" without permission. Crist, the former attorney general of the state of Florida should have known better--this really is stuff they teach you in law school.

Byrne sued for $1 million. The most interesting allegation in the complaint is his claim under the Lanham Act that by using Byrne's song without permission the governor is implying a false endorsement.

Byrne is a creative guy and he came up with a very creative remedy. Part of the settlement involved Crist making a public apology for his infringement. This is good. Its about time that politicians acknowledge that they have to respect intellectual property rights. See the video here:


Posted by Trip Aldredge at 3:02 PM No comments:

Two Views of the Current State of the Music Industry

A couple of weeks ago, I took part in a great panel discussion called “Taking the Pulse of the Music Industry.” The panel, held at Trevecca Nazarene University in Nashville was intended to help the students in the music business program get some perspective on career paths in the changing music industry.

I was excited to find that I was on the panel with Kissy Black who runs the company Lotus Nile Media. At one point in the not so distant past one would have referred to Kissy as a publicist, but she is much more than that. She is a 21st century marketing guru and an evangelist for convincing artists to take hold of their careers and promote themselves. Her explanation of how artists and entrepreneurs can and should use the internet to promote their careers, manage their fan bases and distribute their product was brilliant. I left that night feeling like I had seen the future of the music industry and it was going to be OK.

A week or so later, on April 4, I read my friend and fellow lawyer Steve Weaver’s blog post which cited a survey conducted by Reverb Nation and Digital Music News. The poll found that “3 out of 4 artists would love to be signed to a recording agreement.”

It’s an interesting dilemma; for the first time ever, many types of artists are not dependent on the major label platform (or the independent label platform for that matter) yet 75% of artists surveyed still apparently yearn for that traditional avenue. It’s hard to know how to advise artists in this climate. I can see both sides of this issue but I remain energized by Kissy Black’s presentation and what the future holds for artist and entrepreneurs.
Posted by Trip Aldredge at 2:20 PM 2 comments:

How to Hire a Business Manager

I am please to be quoted in this week's (4/2/2011) Billboard article on "How to Hire a Business Manager". Its the issue with the great picture of Dave Grohl and crew on the cover. Glenn Peoples wrote the article and there's a lot of good information there.When Billboard asked me to contribute to the piece, I realized just how important and personal the relationship between business manager and artist really is. I don't think its something that thought about all that often so I highly recommend the article.
Posted by Trip Aldredge at 3:35 PM 1 comment: