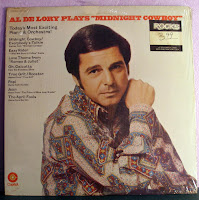 I was saddened to learn about the recent death of Al DeLory. When my former law partner and I established our fledgling law practice many years ago, Al was one of our first clients (#7 to be exact). He did not seem to care that we were young and inexperienced. We of course were thrilled that we were working with the producer of all those incredible Glen Campbell records.

It was only later that I learned about Al’s role as one of the keyboard players in the famous Wrecking Crew-working with everyone from the Beach Boys to Phil Spector to countless others. It was only this week that I learned that Al wrote “Mr. Custer,” one of the staples of my childhood. He created so much music that he was once surprised to get a check from Europe for a song he didn’t remember writing.

I am sure that Al was a little bitter about the way record companies treated staff producers back in his day or about how when he moved to Nashville in the early ‘80’s there was no real demand for the kind of glorious arrangements he created. However, I was always impressed by the fact that instead of grousing or resting on his laurels, he created a salsa band which brought this music to Nashville and beyond way before it attracted the kind of cultural cache it has today.

So, rest in peace Al. It was an honor to have worked with you.
Posted by Trip Aldredge at 10:02 AM 1 comment: 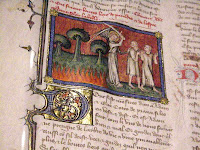 It is always interesting when you think a legal issue has been settled, only to see someone take another run at it. Such is the case with ebooks and the digital rights to certain author’s back catalogues. As the Wall Street Journal recently reported, Harper Collins has filed a copyright infringement lawsuit against Open Road Integrated Media, a leading digital publishing firm (and a company whose business model I find fascinating). Most people thought that the issue of digital distribution rights had been settled by a 2001 case in which Random House lost a battle to keep Kurt Vonnegut, Robert B. Parker and others from entering into agreements with Rosetta Books, one of the first ebook publishers.

The reason, of course, is that older publishing contracts were silent on the issue of digital rights much like the fact that many old recording agreements were silent on the issues of royalties for digital distribution. Apparently, Harper Collins is now trying to expand the traditional contractual definition of books to include ebooks. If this case goes to trial, the court is going to have to carefully examine the exclusive rights of the copyright holder (i.e. the author) under Section 106 of the Copyright Act and determine whether Harper Collins actually acquired rights that might not have been imagined at the time of the original agreement. I am not really sure how this case will be resolved but I think that some of the digital publishers I have talked to have some intriguing ideas and I would hate to see such innovation stifled and while I am still a pretty traditional reader myself, I see real exciting possibilities for authors whose back catalogs are either out of print or nearly so.

Read on.
Posted by Trip Aldredge at 2:49 PM No comments:

On the Legal Status of Concert Tickets 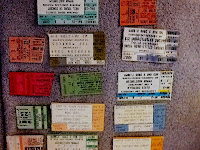 I routinely overuse the cliché “you learn something new every day” but in my case it’s often true. Last weekend, while doing some research for a client, I learned a great deal about the legal status of concert tickets and what a ticket holder’s legal rights are.
Brian A. Rosenblatt wrote a great law review article about the topic: “I Know It’s Only Rock and Roll But Did They Like It? An Assessment of Causes of Action Concerning the Disappointment of Subjective Consumer Expectation Within the Live Performance Industry” (13 UCLA Ent. L. Rev. 33).

Amusingly, the article focuses on a Creed concert in 2002 when lead singer Scott Stapp was allegedly too incapacitated to perform. When a group of understandably angry concert goers sought to file a class action lawsuit against the band, the promoter and all involved, the judge basically said “it’s a rock n’ roll show, what did you expect?” This reminded me of seeing Joe Cocker in concert as a teenager, when he spent most of the show throwing up behind a row of speakers. He was still great.

But I digress. Rosenblatt sums up the relevant case law as follows,” both historic and current case law indicate that the purchase of a ticket to an attraction allows the ticket owner to enter or remain in a specific seat or area within the venue subject to the Seller’s policies, terms and conditions.” As one might expect, the situation is more complex with respect to outright cancellations. Cases such as Miami Dolphins, Ltd. v. Gender & Bach, P.A., have established the concept that there is a contractual element to the actual event-the seller promises that an event will take place and in the event the event does not take place, he must refund the ticket holder’s money. I note that some states actually have statutes dictating how this must be handled.

There have been other causes of action asserted by disappointed concertgoers such as unjust enrichment and consumer fraud but it seems that as long as the event occurs and no one gets hurt neither the artist nor the promoter is responsible for the relative quality of the performance.

All of this made me decide to dig through my 40 + year collection of ticket stubs and indeed, I found that many of them say much more than “No refund No Exchange” on the face of the ticket. I have a new respect for the microscopic boilerplate language on the back of those tickets. Read one sometime
Posted by Trip Aldredge at 11:31 AM 1 comment: