What does Bob Dylan have to do with Copyright Law? 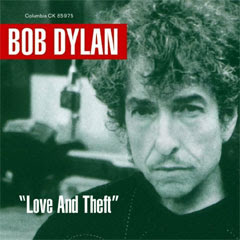 One of the great joys of Dylanology (i.e. the appreciation and study of all things related to Bob Dylan) is the unending mystery of his persona and his lyrics. I am fascinated by the fact that Dylan continuously seems to hide various clues in plain sight. Nowhere was this more apparent than on his 2001 album “Love and Theft”. As the Wall Street Journal reported several years ago, Dylan apparently ‘borrowed’ no less than twelve separate phrases from a book called “Confessions of a Yakuza” by Japanese doctor Junichi Saga. The discovery was made by a Dylan fan who happened to find Dr. Saga’s book at a bookstore in . I couldn’t help but wonder what A.J. Weberman would make of this. What is fascinating from a creative standpoint is that Dylan appears to use the phrases randomly throughout several songs on the album.

This is really not a legal issue; no one would argue that what Dylan did would not be considered “fair use”, it is a transformative use of the highest degree. In fact, the Wall Street Journal reported that Dr. Saga was thrilled to discover Dylan’s interest in his book. There is no telling how much Dylan has referred to other, older sources (both musical and lyrical) in his work. There is a fascinating section in his book “Chronicles Vol. where Dylan writes about researching newspaper accounts of the Civil War at the New York Public . I kept thinking about this about when I listened to the amazing imagery in “Across the Green Mountains” on the new “Tell Tale Signs” album.

There is a great discussion of the concept of ‘allusion’ in the Jonathon Letham’s article “The Ecstasy of Influence” in the February 2007 issue of Harper’s Magazine, which references everyone from Nabokov to Muddy Waters. It’s an important reminder in this day, when people tend to see copyright infringement everywhere, of what Justice Stevens called “separating the fair use sheep from the infringing goats” (in v. Acuff Rose). Talk about imagery….

God Save the Long Players

I am as guilty as anybody of taking my adopted hometown for granted. I complain about everything form the number of luxury condos blighting the once familiar landscape to the current state of country music. However, every now and then I am reminded why is such a unique place to live. This usually happens every time I see a Long Players gig. The Long Players are a group of stellar musicians and friends who come together every couple of months to perform a classic album in its entirety. The catch is that they employ a guest vocalist for each individual song and the results are always fun and occasionally thrilling.

The group emerged from a secret cabal of record collectors and vinyl enthusiasts (of which I could say more but they would have to shoot me). Core members of the band include Bill Lloyd, Steve Allen, the always amazing Steve Ebe, John Deaderick and Brad Jones (in the bass player spot formerly occupied by Garry Tallent). Although multi-instrumentalist Jim Hoke is not a permanent member of the band, he might as well be. Guest musicians and vocalists with the band over the years have included Joey Molland, Marshall Crenshaw, Al Kooper, Webb Wilder, Chuck Mead, , Suzy Boggus, Alison Moorer, Ashley Cleveland, Mike Farris, Beth Neilson Chapman, Danny Flowers, Gary Burr, Brendan Benson, Mike Grimes, Dan Baird, Tom Petersson (from Cheap Trick), Adrian Belew, Bobby Keyes, Dez Dickerson, Will Kimbrough, Jimmy Hall, Radney Foster, Matthew Ryan, Kim Richey, Joy Lynn White, Siobhan Kennedy, Maura O’Connell and many more. The group has presented albums from every one from the Beatles to the Clash (with stops along the way for Dylan, the Stones, the Who, Tom Petty, even the Cars). There is a strict aesthetic to the performance which requires the presentation of the entire album and no greatest hits compilations allowed, although generally all of a band's hits are performed during the second set.

What shines through each individual performance is a coming together of people from all segments of the music industry and performers at the top of their game performing for a sheer love of the music that has inspired all of us in some way. The other night I heard the Long Players perform “” and I was really transfixed by hearing this well known familiar music performed raw and live (something the Beatles never got around to doing). It made me feel very positive about life here in .

Posted by Trip Aldredge at 3:16 PM No comments: