As anyone who has read my little blog over the past few years knows, I have a real interest in alternate methods of music distribution.  I also have a professional interest in crowd-sourced funding, since many clients of mine have experimented with it to various degrees.  Finally, I am a huge fan of Frank Zappa, for many different reasons.

So, I was fascinated with the recent announcement from Frank’s widow, Gail Zappa of a new distribution concept intended to raise approximately $1,000,000.00 needed to complete a video release of Frank’s 1973 concerts at the Roxy Theater in Los Angeles.  Apparently these shows were professionally filmed as well as recorded (Zappa fans know the original album “Roxy and Elsewhere”). 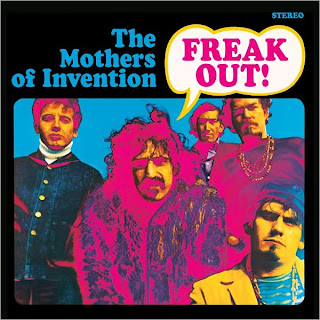 Gail has asked “1,000 highly motivated sensitive and discerning individuals” to become distributors of the audio soundtrack of the concert.  According to Gail’s press release those individuals who contribute $1,000.00 to the Zappa Family Trust have the right to distribute the recording of the concert however they see fit, except that these so‑called distributors have to pay the trust mechanical royalties and report their sales to them.

This concept is interesting but fatally flawed.  In this environment of internet piracy free‑for‑all (probably imagined by Frank at some point) there is no way that the patrons of this cause are going to make any actual money selling the recordings and if they do, the average fan is going to be ill-equipped to know how to go about reporting and paying mechanical royalties.  Hell, it’s difficult enough to get record companies to do this. What happens if they don’t pay? Does the Zappa trust sue them?

I may be wrong, there may be 1,000 Zappa fans worldwide who will pay $1,000.00 for the privilege of being an exclusive Zappa distributor and if so this is the apex of the crowd funded money raising model but I don’t think that will be the case.

Still kudos to Gail Zappa for trying something new.  It’s nice to see that Frank’s legacy as an iconoclast lives on.
Posted by Trip Aldredge at 4:05 PM No comments:


survival guide for indie rockers.  Catchy idea.  I did a lot of preparatory work on the subject but for some reason could not pull it off.  After a lot of thought, I have decided to analyze why the concept was flawed.

The reality was that I was trying to promote myself as an attorney to artists in an environment where the traditional record deal and publishing deal was rapidly changing. In essence, I was saying to artists, “even though you’re doing everything on your own, you still need a lawyer.”

It’s a problem of classification. It’s hard to know how to define an independent artist these days. From what I see, artists who are signed to what we once called “independent labels” have the same problems as any artists who signs a record deal – except that the money is smaller these days and the terms more potentially more draconian.  .  What drove the point home to me was a recent article about the band Grizzly Bear in New York magazine.  This piece showed in dry economic terms what the business of being a moderately successful artist in 2012 is like. It’s really worth searching out.  So, of course, artists like this need lawyers; the game is the same.

So what about artists who are not tied to one particular company or who are truly releasing everything on their own?  What do artists like these need from a legal standpoint.  I have come up with several ideas:

1.         If you are in a band you need a band partnership agreement.  I have said it before and young bands hate to deal with these things – but they are extremely important in avoiding problems and potential lawsuits down the road.

3.         If you are touring it is a good idea to incorporate (and investigate umbrella insurance).

5.         Don’t sign anything without having a lawyer review it.  These days I have seen that even the simplest agreements are taking on crazy unnecessary dimensions.  Spend a little money to educate and protect yourself.

7.         If you are working with outside producers and musicians, make sure you get an agreement or at least a release from each of them.

Posted by Trip Aldredge at 10:12 AM No comments: