Most entertainment attorneys are vaguely aware of California Labor Code 1700,  The Talent Agencies  Act.  We remember the broad outlines:  the law  originally had something to do with the movie business, it was once used against the Jefferson Airplane’s manager in the 1960s.  We all routine admonish our manager clients that they cannot “procure employment” for a client, even if this statute does not reach outside of California. 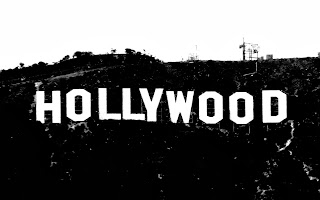 Incredibly the law was recently employed by Labor Commissioner of California to punish a California attorney who did nothing more than negotiate  a contract on behalf of a client.  The case, Solis v. Blancarte, first reported on JD Supra, involves an attorney who negotiated an employment agreement for a sports reporter and charged a fee equal to 5 percent of the compensation earned by the client.  According to the opinion, the relationship between attorney and client lasted for several years.

While the practice of charging a percentage of earnings is not prevalent among Nashville  attorneys, it is by no means unusual in California.  I am aware of many law firms which operate this way.  What is striking about this opinion is that it punished the attorney for doing the job he was hired to do.  The opinion quotes from the labor code which defines “Talent Agency” as  a person…who engages in the occupation of procuring, offering, promising or attempting to procure employment engagements for an artist or artists”.  Crucially, the statute also states that “the activity of procuring, offering or promising to procure recording contracts for an artist or artists shall not of itself subject a person to regulation and licensing under this chapter.”

So while soliciting and negotiating record deals is exempted from this statute, everything else that an attorney might negotiate for an artist client is not.  Interestingly, even though there was no evidence that the attorney was attempting to solicit a reporting job for his client (i.e. the job was offered to the client and the attorney’s job was to negotiate the contract) the Labor Code Commissioner saw fit to stretch the definition of “procure” to include those activities which “bring about” the deal, i.e. the act of negotiating the contract. This is what lawyers do: they negotiate.

I am not in California,  have very few California clients and have rarely represented an artist on a contingent fee but this ruling is still shocking.  Imagine a governmental agency arbitrarily deciding that an otherwise legal and legitimate professional activity was suddenly illegal and that your earned legal fees had to be forfeited.  This seems so far removed from the original purposes of this statute.  I hope that Attorney Blancarte challenges this ruling and I am sure that we have not heard the end of this California saga.
Posted by Trip Aldredge at 7:44 PM 1 comment: