Lawyers tend to enjoy internecine family dramas but there is something depressing about whatever is going on in the family of the late Frank and Gail Zappa.  Frank died in 1993; his widow Gail died last October. 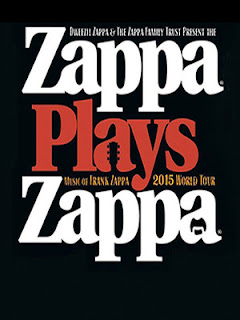 Fans know that for years Frank's son Dweezil has been performing Frank's music worldwide under the name Zappa Plays Zappa.  However Zappa recently announced that he was being forced to change the name of his venture to Dweezil Plays Frank Zappa.  A quick search of the Trademark Office shows that the Zappa family trust owns one registration and two pending registrations for the mark Zappa Plays Zappa and it is assumed that the trust (which presumably benefits all four Zappa children but for which only two children serve as trustees) objected to Dweezil performing and selling merchandise under the trademark.  Dweezil himself has alluded to  the fact that when his mother was alive he had to pay her a hefty licensing fee to use the mark.

The New York Times ran a story on this dispute which hinted that there may be even larger battles being fought.  Apparently the family trust has argued that bands performing entire performances of Zappa's music need a negotiated "grand rights” performance license rather than just relying on the standard blanket public performance license which all venues have.   Most experts agree that simply performing Zappa's works without a dramatic component would not require a grand right license but the article reports that the late Gail Zappa routinely tried to stop groups from performing her late husband's music without such a license. Is the Zappa Trust demanding a grand rights license from Dweezil?

I personally admire Dweezil Zappa for keeping his father's music fresh and alive and while I always find the intersection of trusts and estates and intellectual property fascinating, I cannot help but be saddened by the toll all of this is probably taking on the Zappa children.
Posted by Trip Aldredge at 3:05 PM No comments: