The 50th anniversary of the release of Abbey Road got me thinking about the most bizarre Beatles related legal battle:  John Lennon's multilayered dispute with the infamous Morris Levy.  Levy was the colorful  and shady music business kingpin whose empire included Roulette Records, the Strawberries Records chain, nightclubs and numerous other enterprises. He was eventually convicted of extortion but was able to escape prison by dying.

Abbey Road of course starts with Lennon's composition "Come Together," which features the line, "Here come old flat top, he come grooving up slowly".  Levy's publishing company Big 7 Music sued the Beatles' publishing company and Apple Records claiming that the song infringed upon the Chuck Berry classic "You Can't Catch Me," (which contains the line "Here comes a flat top, he was moving up slowly").  Morris Levy had obtained the copyright to the Chuck Berry composition from Alan Freed.  The lawsuit was apparently prepared for trial, witnesses deposed, experts hired, etc. when Lennon and Levy arrived at an ingenious settlement of the case.  Levy would agree to drop the suit if Lennon would  record "You Can't Catch Me," along with two other Big 7 songs for his next album.

The idea must have seemed simple to Lennon because he was planning to make his next album a record of covers of great rock and roll songs.  Levy's catalog contained a number of such classics including Lee Dorsey's "Ya Ya" and "Angel Baby" both of which Lennon pledged to record.  Beatle fans know that nothing is simple and it didn't really happen like this. 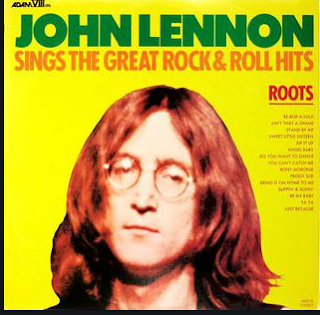 In what should truly become a feature film,  Lennon began the sessions for this album "Rock and Roll" with Phil Spector and there were reports of drug and alcohol fueled drama complete with Spector firing a gun in the studio (a bit of horrific foreshadowing).  Very little was accomplished before Spector abandoned the sessions and absconded with the master tapes.  While Lennon's representatives negotiated with Spector for the return of the tapes Lennon produced an album for Harry Nilsson  and completed his own Walls and Bridges, on which he recorded a charming but insignificant version of "Ya Ya" with his son Julian. 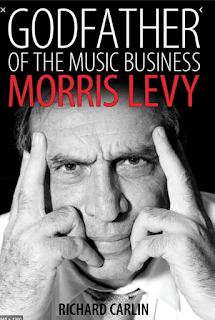 Apparently Lennon decided to try and salvage the Spector tapes and record additional material for the album in New York.  Because Lennon had technically breached the settlement agreement by not releasing these recordings on his "next" album Levy became a constant presence in his life, flying him, May Pang and Julian to Disney World, taking him and his band to his farm in upstate New York to rehearse and somewhere along the line Levy got the idea that Lennon had given  him the right to sell the forthcoming record through television mail order advertising ("operators are standing by") on his ADAM VII label.  The facts are befuddling and common sense would indicate to  any rational person that the Beatles' exclusive agreement with EMI would prohibit a third party from releasing  any solo Beatle recordings but Morris Levy was not any typical record company owner.  Apparently Allen  Klein is involved in the story too and may have added fuel to the fire.  Unbelievably, Morris Levy took a rough mix of the recordings which Lennon had given him, slapped an out of date 1968 photograph of Lennon on the cover and began selling Roots:  John Lennon Sings the Great Rock and Roll Hits.  This of course to led to Capitol Records rush  releasing the Rock and Roll album,  Capitol and Lennon both suing Levy and Levy suing Capitol, Lennon and everybody else he could think of.  The reporting of the trial, brilliantly captured in Stan Soocher's book Baby You're  A Rich Man:  Suing the Beatles for Fun and Profit is fascinating, showing a side to Lennon rarely captured.  At the end of it all, the trial judge ruled that Lennon had in fact breached his original settlement agreement with Levy by not releasing "Angel Baby"  (it was posthumously released) but Levy  was enjoined from distributing  Roots,  Lennon was awarded damages for Levy's damage to his reputation from releasing substandard product and Capitol Records was awarded damages for lost profits.

The Roots album has gone on to become one of the holy grails of Beatles collecting.  Originals are hard to find although counterfeit copies are somewhat easier to locate.

The irony of all this is that I don’t think Levy would have prevailed in his original  lawsuit. Although the statutory defense to infringement known as  fair use was not codified as a at the time of the original 1970 litigation (it was added in the Copyright Act of 1976) it was still a viable defense and one could argue that Lennon's quote of a single line from a Chuck Berry song in his  song "Come Together" was not in fact copyright infringement.  Most of the case law (at least the case law prior to the "Blurred Lines" decision and the recent Katy Perry decision) would tend to support this theory.  On the other hand, Lennon's idea to simply record a handful of Levy songs to make the lawsuit go away makes a lot of sense.  Perhaps he was also thinking about what his former band mate George Harrison was about to endure with the "My Sweet Lord/He's So Fine" litigation.  But those are different songs and different stories.

Posted by Trip Aldredge at 5:49 PM No comments: