Attack of the Holograms

"When Maria Callas appeared on stage . . . on Sunday night, she looked a little pale, a little spectral."  That is how Anthony Tommasin (writing in the New York Times) described witnessing a hologram performance of the diva at Lincoln Center.  The real Callas has been dead since 1977.  It used to be that the only hologram we had to contend with was Princess Leia seeking help from Obi-Wan Kenobi.  There is now a new phenomena to utilize this technology to create concert performances of deceased stars.  To date there have been hologram performances from Tupac Shakur, Michael Jackson, Ronnie James Dio and now Maria Callas.  Mojo reports that a hologram Roy Orbison is about to tour the United Kingdom and that the Frank Zappa estate is about to send Frank out on tour with some of his old band members performing live. 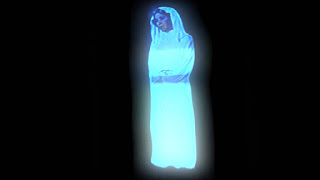 I find this really creepy for the most part.  It is interesting that Tommasin does not completely dismiss the Callas experience stating "it was amazing yet also absurd, strangely captivating, yet also gimmicky and ridiculous," going on to state that opera fans tend to dwell in the past thus indicating that this sort of performance might appeal to them more than other audiences.  My worry is that as our contemporary heroes age and die off will the hologram industry rise to fill the void.  Could Paul McCartney be preparing a hologram version of himself to send out on tour?   - - - Probably.  Will the hologram develop artificial intelligence (wait that's another blog).

All of this made me begin to wonder about the rights that artists traditionally give up when signing record contracts.  Usually there is some limited assignment of name, image and likeness rights and the rights to control video recordings made during the term but could this be considered to be a grant of rights that would encompass holographic images of the artist long after the term (and the artist) expires?  Obviously the artists who have leverage don't need to be concerned with these boilerplate clauses necessarily but this is something that is certainly going to be on my radar going forward.
Posted by Trip Aldredge at 12:41 PM 1 comment: