I can admit that I am a hypocrite.  I hated that Darius Rucker song “Wagon Wheel” until I learned that Bob Dylan co-wrote it.  Actually, I still don’t like the song much but I was intrigued with the story behind the song.  According to different sources, Dylan created the work as an outtake from the recording sessions for the soundtrack to Pat Garrett and Billy the Kid in 1973.  Dylan expert Clinton Heylin titled the song as “Rock Me Mama”. 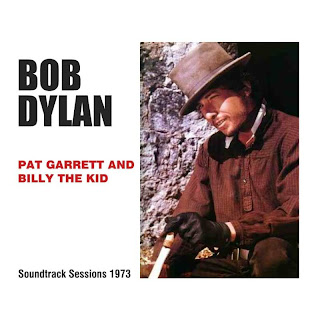 Years later, Ketch Secor (who obviously knows his Bob Dylan bootlegs) of the band Old Crow Medicine Show added new verses to Dylan’s riff.  In an amazing occurrence, Bob Dylan consented to the co-write, even with the 28 year time difference, and a song was born.

So legally what is “Wagon Wheel”?  One can’t tell from the publishing information but it meets the definition of a “derivative work” defined in the Copyright Act as “a work based upon one or more pre-existing works, such as … a musical arrangement … or any other form in which a work may be recast, transformed or adopted.”  A derivative work cannot be exploited without permission from the underlying copyright owner.  This is to be distinguished from a “joint work” which is defined as “a work prepared by two or more authors with the intention that their contributions be merged into an inseparable or interdependent parts of a unitary whole”.  This describes the typical co-writing situation where each author owns an indivisible share of the copyright.

Taking this a step further, a parody is a derivative work.  If the underlying author does not authorize the exploitation of the work, the parodist’s only defense is to argue “fair use” as Luther Campbell did in the “Pretty Woman” case, an important case with a holding that nevertheless still confuses me.

There are many different ways that songs can be created.  Think of Billy Bragg and Wilco adding music to the poems of Woody Guthrie or the recent album where  Bob Dylan, Jack White and others added music to lyrics found in one of Hank Williams’ “lost” notebooks.

All of these issues present challenges and also make the study of the different forms of collaboration and the legal repercussions endlessly fascinating.
Posted by Trip Aldredge at 2:47 PM No comments:


I have known Jeff Finlin for many years. I represented his band, the Fur Trade (our first meeting was worthy of Spinal Tap). That band morphed into The Thieves, who had a major label deal on the short lived Bug/Capitol label.  Jeff was the drummer and Gwil Owen was the principal songwriter in that band.  When the Thieves broke up, Jeff began showcasing his own song around town.  And what songs they were, Jeff had a voice and direction from his first record. It was a pleasant shock. 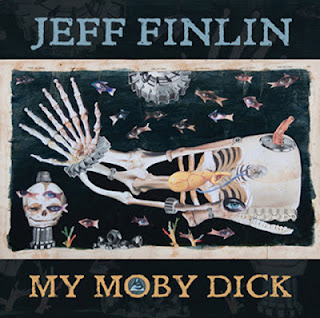 Jeff’s done a lot. From his first release on Pete Anderson’s Little Dog label, to releases on major British labels (like all great American artists his work is probably more popular overseas than in his own country) to a song in Cameron Crowe’s Elizabethtown. The impressive thing about Jeff is that he just keeps on doing it-putting out great record after great record. With little fanfare, he’s creating his own universe.

To my mind, his new album My Moby Dick may be his best. He’s working with producer /guitarist Joe McMahan, who has helped Jeff create a musical setting that perfectly suits the songs. It’s probably a cheap comparison but it reminds me of the kind of atmosphere that Daniel Lanois has brought to records by Dylan, Neil Young and Emmylou Harris. In a neat full circle moment, Gwil Owen designed the extraordinary collage cover art.  Jeff has also just published his first book of poetry (with some prose) called Time Less Travel. I believe the works are currently available as a set.

Jeff will be doing an in store at Gwil’s Howlin’ Books http://tripaldredgelaw.blogspot.com/2013/02/howlin-books-and-grimeys-too.htmlthis Saturday May 11 at 4:00 p.m.  To me, at least, this is special because it’s one of his first gigs after moving back to Nashville after an extended stay in Colorado. We’re lucky to have him back. Go see him. Buy a record; buy a book.
Posted by Trip Aldredge at 6:23 PM No comments: