I learned earlier this week that Aubrey Mayhew, who I wrote about in my March 7 post, passed away last weekend. This is a guy who worked with both Johnny Paycheck and Charlie Parker and co-wrote such songs as "(Pardon Me) I've Got Someone to Kill". They don't make characters like that anymore.

I also read yesterday that Dan Seals died. Many will remember him for his pop and country hits. I will remember him as a member of the Southwest F.O.B. and their great late sixties hit "The Smell of Incense".
Posted by Trip Aldredge at 12:39 PM No comments: 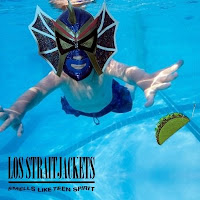 I have worked with Los Straitjackets since their inception something like 15 years ago. They are one of the top instrumental groups in the world. What impresses me most about this band is that they continuously think up ways to push the boundaries of their genre and they have taken the concept of surf instrumentals way beyond the beach. Their new album "Further Adventures of Los Straitjackets" has just been released on Yep Roc.

Plus, this picture cracks me up.
Posted by Trip Aldredge at 2:06 PM No comments:

Further to my post of March 1 regarding the comments of the ill-informed Ms. Rought, I just received an email from Bennett Kaufman, which adds a lot of wisdom to the whole debate. I thought I would post it here:

Dear Colleagues:
I just returned from Washington DC where I was part of a coalition organized by MusicFirst, with the help of The Recording Academy’s Producers & Engineers Wing. We went to lobby Congressmen and women for the passage of the Performance Rights Act (HR 848). This bill if passed, will put millions of dollars in our collective hands each year. Broadcast Radio will no longer be able to play music without compensating the Artists who perform these recordings.
This bill takes nothing away from songwriters. It is a new,(for the U.S! Other countries already pay it!) source of revenue for recorded music. The Bill allows for 50% of every dollar collected to go the recording copyright owner (Record Companies or whoever owns the Master) 45% to the featured performer, and 5% to the non-featured performers. This will help Artists directly, and the trickle down from this means Record Labels get money - sign more bands - hire more executives - hire more indie's to promote records - hire more producers/eng/mixers to make records - more work for studios - more work for musicians and singers - more work for video directors - growth to our industry. This will open the coffers of Performing Rights Agencies throughout the world who are holding monies collected for US Artists and Labels, just sitting there waiting on this bill to pass so they can send it to us! Millions!!!!!!!
We all need to take action NOW. You MUST write a short note to your Congressmen and women urging them to support this all important bill. We are all very busy, but please take a min and get everyone in your office and all of your clients and friends... to write!
Don't blow this opportunity!!!!!!!!!!!!!!!!!
click here to read about and track the bill: http://www.govtrack.us/congress/bill.xpd?bill=h111-848
To find your representatives click here: http://www.visi.com/juan/congress/
Please feel free to pass this on to anyone, everyone!!!!
Feel free to contact me for details and to learn more.

Bennett Kaufman
Posted by Trip Aldredge at 5:33 PM No comments:

The Link Between Johnny Paycheck and the Kennedy Assasination 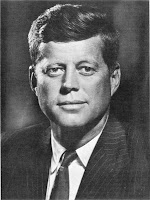 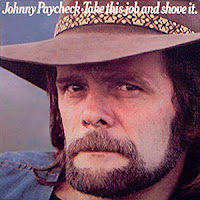 I grew up in and vividly remember the assassination of JFK. Coincidentally, my father owned a bookstore that, for a time at least, became a kind of a hot spot for assassination conspiracy theorists. I can’t say that I have any more than a surface knowledge of the various conspiracy theories, but I do have a certain almost nostalgic appreciation for them.

Therefore I was amazed recently to read in the Wall Street Journal about a trial in a Dallas Court that pits Caruth Byrd, the son of the man who owned the Texas School Book Depository, against Aubrey Mayhew, who was Johnny Paycheck’s original produce, frequent co-writer and publisher through his Little Darlin’ label. Oddly enough, Mayhew also owns most of Charlie Parker’s copyrights.

Apparently Mayhew, who is now in his 80’s, is a long-time Kennedy collector, and at one point in the 1970’s, owned the building which housed the infamous Texas School Book Depository. Mayhew was going to start a museum until the city of rebuffed his efforts. (, being , has now turned the site into a huge tourist development). According to the Journal article when Mayhew realized that he would not be able to build his museum, he let the building go back to Byrd’s father, Colonel D. Harold Byrd. However, before he did so, he had workmen remove the “Sniper’s Perch” window from the Southeast corner of the building. Years before Colonel Byrd had done the same thing, although remarkably, he removed the wrong window.

Now in a post-modern twist to the whole affair, both Mayhew and the younger Byrd tried to sell their competing windows on eBay. This led to a suit wherein Mr. Byrd is seeking to compel the return of Mr. Mayhew’s window, claiming, among other things, that he did not have the right to remove it from the building in the first place.

I have litigated two copyright cases against Mr. Mayhew. As a music publisher he is quite litigious. In one case he was represented by counsel and in the other he represented himself pro se. I don’t know that I have ever seen a more tenacious litigant. I learned all about his association with Johnny Paycheck. I wish I had known about his Kennedy collection at the time

Posted by Trip Aldredge at 1:56 PM No comments:

Radio Radio: the Most Ludicrous Statement I Have Read this Year

I am not entirely sure of my position on the whole issue of paying performance royalties to artists for airplay on traditional radio, although my gut feeling tells me that it is right and appropriate. However, my skin is still crawling from reading the following statement from a woman named Cathy Rought, a spokeswoman for a group called the Free Radio Alliance. Speaking at a Congressional hearing on the issue last week, she is reported by the Tennessean to have said:

"The notion that radio is somehow harming property rights is silly. The artist is in essence an employee of the label and is supposed to be paid by the label."

I followed her up to the second sentence. I don't suppose that Ms. Rought has ever read a recording agreement, most of which make it explicitly clear that the artist is not an employee of the label. Nor do I believe that Ms. Rought has considered the thousands of artists who release their music independently. As I said above, I don't know how this debate can be resolved but I am certain that these absurd outdated assumptions need to be done away with.
Posted by Trip Aldredge at 3:30 PM No comments: