Termination of Assignments in Sound Recordings, Works Made for Hire and The Need For Certainty

We are all looking for certainty in a world full of chaos.  One of the resources that I often turn to for reassurance is the 1976 Copyright Act, a roadmap to  a world where everything makes sense and if it doesn't make sense, at least it has a definition.  Except for Sections 203 and 302. 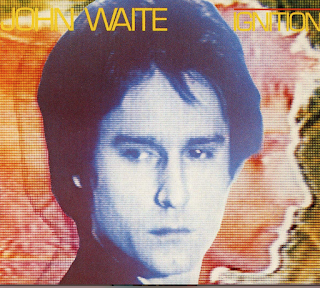 When the Copyright Act was amended in 1976, it provided for the first time for a termination provision which allowed authors to terminate earlier assignments of their works.  This right of termination is deemed inalienable (i.e. you can’t sign it away)  except in the case of a so-called "work made for hire," in which case the employer is deemed to be the author of the work for copyright purposes.  Like all important terms "work made for hire" is specifically defined by the Copyright Act:

(1) a work prepared by an employee within the scope of his or her employment; or
(2) a work specially ordered or commissioned for use as a contribution to a collective work, as a part of a motion picture or other audiovisual work, as a translation, as a supplementary work, as a compilation , as an instructional text , as a test, as answer material for a test, or as an atlas, if the parties expressly agree in a written instrument signed by them that the work shall be considered a work made for hire. For the purpose of the foregoing sentence, a “supplementary work” is a work prepared for publication as a secondary adjunct to a work by another author for the purpose of introducing, concluding, illustrating, explaining, revising, commenting upon, or assisting in the use of the other work, such as forewords, afterwords, pictorial illustrations, maps, charts, tables, editorial notes, musical arrangements, answer material for tests, bibliographies, appendixes, and indexes, and an instructional text is a literary, pictorial, or graphic work prepared for publication and with the purpose of use in systematic instructional activities

Notice  that you don’t see the words “sound recordings”  in there. The big issue for years has been whether or not sound recordings can be deemed to be "works made for hire" and therefore, incapable of termination of assignment.  Every  recording agreement drafted after January 1, 1978 states that the sound recordings being assigned thereunder are, in fact, works made for hire.  But copyright practitioners have assumed that because the Copyright Act does not include sound recordings under the definition of works  made for hire, then they are no such animal.  The problem is that we have had no court decision on the issue-only anecdotal stories and rumors.

That may be about to change.

Recently, lawyers in New York have filed two class action lawsuits, one in which my friend, John Waite, is the lead plaintiff.  This is a suit against Universal Music Group.  There is a companion case filed against Sony which lists Southside Johnny as one of the lead plaintiffs.  In each case, the facts are similar.  The record artist sought to exercise their statutory termination rights only to be rebuffed by the record companies for a number of reasons.

There are several important issues poised by these lawsuits but these are the most important.  I don't know the status of these cases but they appear to have major implications for the United States recording industry (it being understood that this is a function of U.S. Law and has no real application to the rest of the world).  I look forward to having a little more certainty and clarity on the issue regardless of the outcome.

Posted by Trip Aldredge at 1:56 PM

The legal aspects of music business contracts are insane.