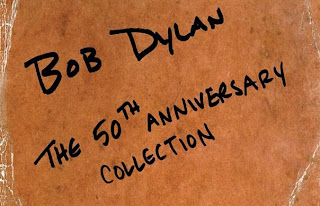 I have been reading some interesting articles lately about the changes in English and European copyright law and how different copyright owners have dealt with them.  Until recently, British law provided that sound recordings entered the public domain 50 years after their initial release.  I sort of noticed that the last time that I was in the HMV Store in London and saw a number of dodgy-looking CDs featuring early jazz artists and rock and roll from the 1950s.

It appears that artists and record companies led an appeal to change the law.  Their symbolic leader was Sir Cliff Richard, who became a figurehead for the new law much like Walt Disney did for copyright extension in the United States.  As Evan Marshall writes in Record Collector "and so it came to pass that Cliff's law is about to take effect and this year should see a change to the legislation governing copyrights which extends the protection to recordings from 50 years to 70 years."

To dig a little deeper, artists like the Beatles, Bob Dylan and the Rolling Stones essentially escaped by the skin of their teeth.  For example while the much bootlegged Beatles recordings from the Star Club, the Decca auditions from 1962, the Beat Brothers recordings and even the single "Love Me Do" and "P.S. I Love You" are technically in the public domain in the United Kingdom, the remainder of their catalog is safe for another 20 years.

The most interesting development from this UK copyright law change came from the Bob Dylan camp.  Recognizing that the new law would protect only recordings that were released within the last 50 years – and was not retroactive, Bob Dylan's label Sony released what looks to be its own bootleg, called The 50th Anniversary Collection (in France and Germany it's called the Copyright Extension Collection Volume 1).  The collection is apparently comprised of four CD-R's with a paper insert listing the tracks.  I haven't seen a complete track listing but the set appears to include 24  outtakes from the Freewheelin' Bob Dylan plus some well-known live recordings like the Finjan Club and the so‑called Minneapolis Hotel Tape.  Dylan fans know that there is a treasure trove of this stuff floating around out there.

This collection was allegedly limited to 100 sets per country so the purpose was not to make money.  Also the very process of releasing the material (some of which was truly unreleased and unavailable before) makes it available to the legendary enormous Bob Dylan bootleg audience.  Thus Sony must have felt that the security of copyright protection for these songs was worth letting them get into the hands of Dylan enthusiasts.  As such, this is a fascinating example of a copyright owner taking a calculated risk to be able to secure the benefits of copyright law.  I'm sure there will be more developments in this area.
Posted by Trip Aldredge at 3:56 PM

The one thing that most people misunderstand about copyright protection is that it was NEVER intended to protect the artist. It was intended to protect the culture by insuring that creative works re-enter the public domain after a reasonable period during which the author can make as much money as possible. All culture is recombinant, using the influences of what came before.

You are right Stan.