Bill Monroe and Selling of the Right of Publicity


The time I spent on the periphery of the music business from the late 1970s through the 1990s really now seems like a different world.  I crossed paths with so many legends who are gone now.  I had several friends who worked with Bill Monroe and I was around him many times – to the point that I just kind of assumed that he would always be there.  I was thus somewhat surprised when Bill Monroe died in 1996.  He was truly a legend. What happened to that legacy after the fact is strange and fascinating.  Apparently Bill’s son James Monroe sold the rights to Bill’s name, image and likeness to the Ohio County Kentucky Industrial Foundation in 1999.  Those interested in this obscure area of the law know that celebrities have an economic right to exploit their name and likeness (this is called the right of publicity) and that, at least since the death of Elvis Presley (and years before in New York and California) a celebrity’s estate has the right to exploit that right after his or her death. 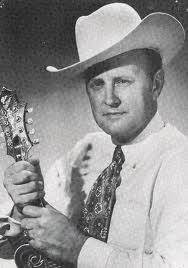 I had never heard of an estate selling this right to a governmental entity but I suppose that in some circumstances it makes sense.

All of this came to light recently because a former employee of the county-run Bill Monroe Bluegrass Foundation is involved in litigation with the county after it stopped him from using Monroe’s name to promote a Bluegrass Festival in Monroe’s hometown of Jerusalem Ridge, Kentucky.  Apparently the former employee, Campbell Mercer claimed to have an oral license to use the Monroe name based upon previous negotiations with the county. After a 2011 trial, 100 years after Bill Monroe’s birth, the case is now set for arguments before the Kentucky Court of Appeals next month.

The real point to all of this, besides the fact that it makes me miss Bill Monroe, is that it illustrates the ever-evolving law of the right of publicity.  When I wrote a thesis on the topic in law school there were only a handful of reported cases in the area. I remember one concerning Bela Lugosi and interestingly enough, one concerning Flatt & Scruggs.  Today, there seems to be an interesting case reported in every circuit and nearly every state.  It seems only right that we now might be about to have a major case reported from Kentucky.

Posted by Trip Aldredge at 1:30 PM