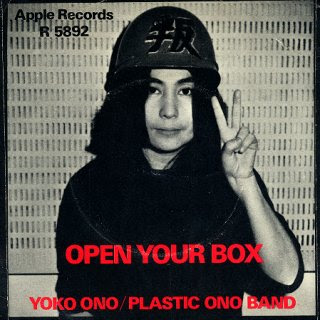 Anyone who knows me knows of my admiration/obsession for John Lennon and the Beatles. I am also a more recent admirer of Yoko Ono (it took a while to get over those scenes from “Let it Be”). I am also a fan of Ben Stein. My wife and I used to be addicted to the show “Win Ben Stein’s Money”. Therefore the recent legal confrontation between Yoko and Ben Stein over the unauthorized use of John Lennon’s “Imagine” in Stein’s movie “Expelled: No Intelligence Allowed” was irresistible.

The gist of the complaint was that Stein and the film production company used a snippet of “Imagine” without permission, thereby infringing both the copyright in the musical composition and the sound recording. What I find amazing about this suit is the fact that filmmakers apparently never sought permission to use the song, thereby implying that they intended to rely on the much misunderstood fair use exception to infringement codified in Section 107 of the Copyright Act. This always seems dangerous to me given the potential for actual and statutory damages under the Copyright Act.

I say that the Fair Use defense is misunderstood because may people believe that it is somehow automatic, like a compulsory license. This is certainly not the case. It requires an analysis of four significant factors and has to be decided on a case by case basis. What I learned about this case is that the filmmakers released the film with the song embodied in it after obtaining a kind of insurance policy from an organization called The Documentary Film Program. This group, which includes Stanford University Law Lecturer Anthony Falzone (who wrote about the case on his blog) provided a pro bono defense for the filmmakers, who were able to defeat Ono’s demand for a temporary injunction. However, the film’s DVD distributor apparently demanded that the offending music be removed from the film prior to the home DVD release. So, interestingly enough, both sides kind of won their battles but lost the war.

All of this is fascinating when one can afford the cost of high stakes litigation like Yoko One and EMI Records or when one can be defended pro bono by really intelligent copyright experts like Professor Falzone, But I don’t think this case gives any guidance to the average artist/film maker as to the real protections afforded by fair use, a topic which is developing on a daily basis.

Posted by Trip Aldredge at 3:29 PM